What Jesus Meant The Beatitudes and a Meaningful Life

By Erik Kolbell
Erik Kolbell presents a thought-provoking interpretation of the Beatitudes on peace.

"I know of no issue more tragic than our unwillingness to live at peace with one another. Billions of dollars of resources that could go toward educating children (three hundred thousand of whom are currently fighting in wars throughout the world), conquering poverty, or curing diseases is diverted to waging the current war, preparing for the next one, or paying off the last one (and so it was in the days of Pax Romana that common people went hungry while the high ranking in the military class lived like royalty). Scientific minds best applied to the discovery of renewable energy sources are instead enlisted in the design of new and more insidious weaponry to protect oil reserves in far-off lands, where the international conglomerates that control them are neither understood nor particularly liked. We fight over boundaries and tribal rights, religious differences and ancestral feuds, ideological imperialism and hurt feelings. Sometimes, we don't even know why we fight, other than, as the Scriptures say, 'there is no peace in us.'

"If we learn anything from the peace that is in us it is that it represents the highest good to which not only persons but whole people can be called, and we cannot be content with our own serenity and at the same time indifferent to the swirls of anger that threaten to rend the fabric of society all around us. To do so would be to make of ourselves hypocrites, content to save ourselves and lose the world. We cannot believe in the mandate of a God who is eternally and universally loving and also believe it is a love that could be confined to a universe as narrow as our own horizons.

"So it is that to be makers of peace we beat swords into ploughshares and spears into pruning hooks, missiles into mass transit systems and biological weapons into AIDS research. It is conversion of the heart that leads the way for a conversion of communal and national priorities, from those that denigrate life to those that sanctify it. Or, as Marjorie Horton, a friend of mine and a stalwart member of Riverside Church's disarmament program, once put it, 'You know, it seems to me the guy who builds the coffins can just as easily be making baby carriages. We were, after all, founded by a pacifist carpenter.' " 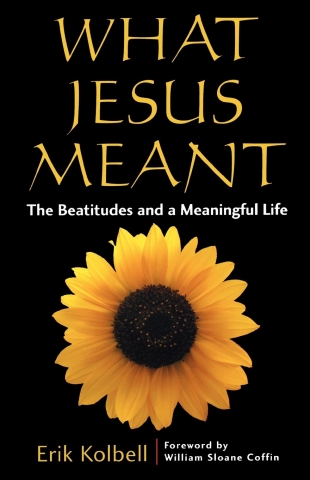