Dwellings A Spiritual History of the Living World

By Linda Hogan
Linda Hogan on finding hope in an unlikely place.

"There are so many beginnings. In Japan, I recall, there were wildflowers that grew in the far, cool region of mountains. The bricks of Hiroshima, down below, were formed of clay from these mountains, and so the walls of houses and shops held the dormant trumpet flower seeds. But after one group of humans killed another with the explosive power of life's smallest elements split wide apart, the mountain flowers began to grow. Out of the crumbled, burned buildings they sprouted. Out of destruction and bomb heat and the falling of walls, the seeds opened up and grew. What a horrible beauty, the world going its own way, growing without us. But, perhaps this, too, speaks of survival, of hope beyond our time." 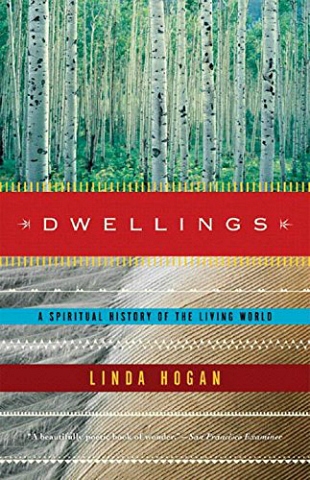