Bethlehem Besieged Stories of Hope in Times of Trouble

By Mitri Raheb
Mitri Raheb on the importance of hope in the context of war as a lifeline and a way of gaining control over one's destiny.

"True hope is a powerful and critical concept for those living amid conflict. There is a great need to redefine and reclaim hope, especially among the oppressed. Hope and vision are powerful if they are owned and lived by the oppressed. Hope is rewarding because it offers a real alternative. It opens a window of great opportunities, and it sets free the creativity of the oppressed.

"Suffering people desperately need to transform their feelings of being overwhelmed by the extent of the suffering into an ability to take control of the suffering by developing a vision for the future. When you have hope, you resist becoming data to be gathered or a case study on human rights violations — someone to pity or something to observe. Rightly understood, hope is nothing less than gaining control over one's own destiny. The vicious cycle of conflict is often so powerful that the oppressed become double victims — victims of the oppressors and also victims of their own actions and reactions, which harm them much more than they harm their oppressors. Hope teaches the oppressed to stop merely being victims (even with a just cause) who do not know how to achieve goals and dreams.

"Hope is the strength to dare to break this vicious cycle. It is the art of interrupting the established pattern of events — not out of weakness but out of strength, out of one's own will, at one's own time, and in response to one's own decision. To hold hope is to resist heightening the potential for self- and mutual destruction. In that sense, holding to a hopeful vision is an act to save the 'soul' of one's nation and group.

"To hope is to move from being interested in earning the solidarity of the world and into a state of empowerment, where one starts planning and strategizing. Hope does not lead us to stop resisting but rather moves us to start reflecting on how to resist effectively. Resistance is no longer an end in itself but rather a plan within a well-thought-out strategy. . . .

"Christian hope holds firm that it's never too late for faith in action and for acts of compassion. Christian hope does not surrender to the forces of death and despair but challenges them. Christian hope is to call upon those in the dark tunnel, in the valleys of death, to 'come forth,' as did Lazarus from the tomb, because here is someone who is the resurrection and the life. Hope is the best strategy to combat suicide bombers. 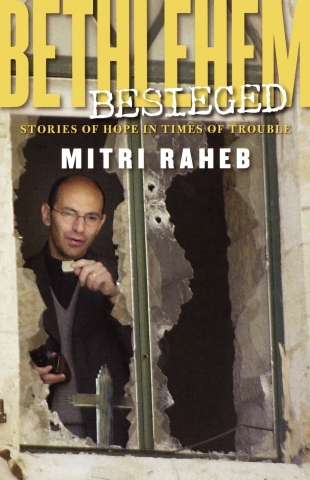