The Passionate Troubadour A Medieval Novel about Francis of Assisi

By Edward Hays
Edward Hays' fictional story of hospitality between St. Francis and a Sufi.

" 'Ali, you must be my twin!' Francesco replied, his heart throbbing with excitement. 'I feel exactly as do you and your Sufi brothers, for Christian theologians and priests have similarly compared Jesus' teachings in the Gospel.'

" 'Injil is our name for the Gospel teachings of the prophet Jesus, through which Allah the Merciful revealed his message of love and peace directly to his son, the prophet Jesus. Of him the Quran says, 'Allah bids you rejoice in a word from him. His name is the Messiah, Jesus the son of Mary. He shall be noble in this world and in the next, and shall be favored by Allah.'

" 'Ali, you amaze me. I didn't realize Muslims believed in Jesus! I was always told you were infidels.'

" 'We do believe in Jesus, yet we believe Christians have departed from his original teachings. We reverence him as a great prophet and also as the Messiah, and like you we reverence Mary as his Virgin Mother. We especially honor Jesus' teachings on poverty and justice, for they complement what is taught in the Quran. We Sufis seek to live out authentically the requirements of justice found in the Quran, and by our poverty and presence we oppose the sinful ways the rich ruling classes oppress the poor and weak.'

" 'Ah, Ali, my friend and brother,' Francesco said wrapping his right arm around Ali's shoulder and hugging him. 'What a treasure I've found here in Spain — my younger brother! You and I are sons of the One God, and are true believers, even if you're a disciple of the Prophet Muhammad and I a follower of Jesus Christ. But, forgive me. I've been so engrossed in our conversation that I've forgotten my duty of hospitality and have failed to offer you some of my bread and wine.'

" 'Ah, my big brother Francesco, thank you for offering to share your bread and wine. But I must tell you that we Sufis are notorious drunks, and when we're intoxicated we become wild men! So, bread yes, wine no — for we Muslims are forbidden to drink wine.'

" 'I apologize, Ali. I didn't know that,' Francesco said as he wondered how one could get drunk without drinking wine.

" 'My brother, soon to become my intimate friend, don't fret over such a small thing. While we Sufis are forbidden to drink, we strive to be perpetually drunk. So, after sharing some of your bread and cheese, what do you say the two of us get drunk — I mean really drunk?'

"At this invitation, a ball of fire seemed to erupt at the base of Francesco's spine, shooting upward until it reached the top of his skull where it exploded outward in a shower of sparkling stars.

"While Francesco usually slept under the stars or in some hayloft, this night would be different. Ali had practically demanded that he come to sleep at his place. As they left the plaza Ali explained how because he was a homeless wandering qalandar he had been given a free place of lodging by a pious Moorish merchant of Murcia. Recognizing Ali as a wandering holy man, the wealthy merchant had insisted that he stay in the empty little house of his former caretaker, saying that the Sufi's presence would bring blessings from Allah upon him and his family.

"When they reached the wealthy Moor's home, it was dark. A silver crescent moon looked down on them as Ali led Francesco around the large main house and past the stables to the caretaker's small house. By the light of a clay bowl oil lamp that Ali lit upon entering, Francesco could see that the house was only a single room, as starkly bare as his hermitage in Portiuncula. It contained only a wooden bowl and a drinking cup, a jug of water with a large washbowl and a towel, and a sleeping mat on the floor. Pointing to an old rusted shovel and pick leaning against the wall in the dark shadows, Ali said, 'They were here when I arrived. Being a treasure hunter, I left them here as holy symbols. Because they are actual tools, they do not violate the passage of the Quran that forbids the display of images.

" 'Now before we retire,' Ali said, removing his brown cloak, 'as a guest in my humble home, I ask that you be seated on the floor and allow me to perform a desert ritual of hospitality.' As Francesco sat down, Ali poured water from the jug into the large bowl, knelt in front of him and began soothingly washing his feet, cleansing them of the grime of the streets and the dirt of the orchard. The unhurried, gentle washing of his feet and the coolness and freshness of the water was so sensually pleasurable that Francesco slowly reclined backwards until he was laying flat on the floor. His eyes closed as muscle by muscle his entire body began relaxing. After Ali had massaged his feet and dried them with the soft cotton towel, Francesco was so tranquil that he wished this desert hospitality ritual would never end. Then, in an instant he became fully alert! His eyes popped wide open, and he quickly raised himself up on his elbows as Ali began affectionately kissing his feet.

" ' "How beautiful upon the mountains," ' Ali said, rising up to look at Francesco with those piercing brown eyes, ' '"are the feet of him who brings glad tidings, announcing peace, bearing good news." Francesco, my brother, in these words the Prophet Isaiah has spoken of your beautiful but callused feet.' Then his fingers soothingly kneaded Francesco's soles as he said, 'When I first saw you tonight in the plaza, I was struck by how, unlike everyone else, you wore no sandals! It occurred to me that while I go barefoot only in the mosque, you had either embraced a truly radical poverty or had come to see all the earth as holy land — or perhaps both! So, I had to meet this secret son of the Prophet.' Then he leaned down and began lavishly covering Francesco's feet with kisses, which caused Francesco to be apprehensive and embarrassed. A short while later he announced that it was time to retire and motioned toward the single sleeping mat.

"Francesco objected, 'Thank you for offering me your sleeping mat, but I'm used to sleeping on the floor. I'll just lay down here.'

" 'No, come over here and sleep on the floor beside my mat, for those who sleep closely side by side exchange breath and soul!' Blowing out the oil lamp he added, 'So, my brother, as we sleep let us enter into a communion of souls.'

"The next morning Francesco awoke feeling oddly drunk and yet very ken and clear, his heart pounding with excitement and feeling ten years younger. While the two had not touched a drop of wine, he was intoxicated with joy and the excitement of being enraptured by love. He did not return to work in the orange orchards that day or the days that followed. Instead his time was absorbed with his new friend, Ali Hasan. Day and night they were inseparable. They were like arid deserts soaking up each other's spring rains of spiritual gifts. They spent entire days retreating in silence and endless hours sharing their spiritual dreams and insights in prayer, as well as exchanging stories of saints and spiritual masters of their two traditions.

" 'Francesco, from what you've told me of your community of Little Brothers,' Ali said, 'it reminds me of a Sufi order founded by Najmuddin Kubra the Greater, which he called the Greater Brothers. He was a great Muslm spiritual master in the middle of the last century who tamed wild animals simply by his presence. Once when a vicious mad dog was about to attack him, he calmed the dog simply by looking upon it with love! Najmuddin also preached to the birds who, it is said, sat quietly listening to . . . '

" 'Yes, I know Ali. Padre Antonio told me about Najmuddin and his brotherhood. I wonder, Ali, how God can say the same thing to different people, people who are separated by vast distances and, even more amazingly, who belong to different religions. Samuel, the holy Jew of Barcelona, your holy Najmuddin and now you, most of all you, my friend, echo the secret songs of my heart. Samuel of Barcelona believes Judaism is the true faith. I believe that Christianity is the only true faith and you believe . . . '

" 'As a Sufi I believe the only true faith is Love!' Ali replied. 'Allah Akbar — God is great! Being great love, and since love is lavish, the Holy One is excessively generous in sharing sacred secrets with all of his beloved, regardless of their belief, as long as they listen. Can truth be the possession of only one religion?' 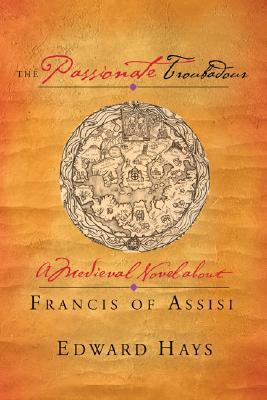