Blessed Among All Women Women Saints, Prophets, and Witnesses For Our Time

By Robert Ellsberg
On women as spiritual teachers and as saints.

"Traditional accounts of women saints — almost always written by men — have tended to emphasize 'feminine virtues' of purity, humble service, obedience, or patient endurance. Seldom have women been recognized for questioning authority; for defying restrictive codes and models of behavior; for audacity and wit in surmounting the obstacles placed in their paths. Even the labels attached to women saints reflect a narrow range of categories. Apart from the martyrs, women are generally remembered as 'foundresses' of religious orders, 'virgins' (a category that applies not only to the so-called 'virgin martyrs' but to all women in consecrated religious life), widows, or occasionally 'matrons.' Such labels elide the range of functions such women may have performed, whether as theologians, prophets, healers, visionaries, or trailblazers in the spiritual life.

"Of course the tendency to shape the lives of holy people to match a stereotypical image of sanctity is not confined to women. All too often the process of officially naming saints has involved measuring them against preconceived standards of holiness. The saints who emerge from this process are depicted as 'perfect people,' free of faults, rough edges, or idiosyncrasies. The resulting impression is that someone is either 'born a saint' or becomes one by suppressing his or her individual personality. Thus, living people are transformed into plaster statues.

"The truth is that perfect people — if any exist — have little to teach us. But from the real saints we have much to learn. We learn that what we call holiness was a quality expressed in the way they lived; in the choices they made; in their struggles to be faithful, even in the face of doubts and disappointments; in their everyday victories over pride and selfishness; in their daily efforts to be more truthful, loving, and brave.

"There are as many types of saints as there are people. Each one offers a unique glimpse of the face of God; each enlarges our moral imagination; each offers new insights into the meaning and possibilities of human life. To the extent that women's names have been forgotten, their stories untold, their dreams, vision, and wisdom marginalized, those possibilities remain unknown and unfulfilled.

"Nevertheless, the history of Christianity is marked by the stories of countless holy women who struggled hard to assert their full humanity and to follow where God was calling them, even when this challenged the prevailing options of the time. For some, this meant claiming the freedom to remain unmarried; for others, to escape the restrictive enclosure of a convent, to engage in active apostolic work among the poor, or to travel across the world to proclaim the gospel. Some claimed the authority to write their own community rules, to interpret scripture in new ways, or simply to describe their own experience of God. Others found in Christ a mandate to oppose slavery, war, and social injustice. Later, in light of their achievements and the space they created for new models of discipleship, such women might be honored as 'faithful daughters of the church.' But while they lived they often endured extraordinary opposition or even persecution." 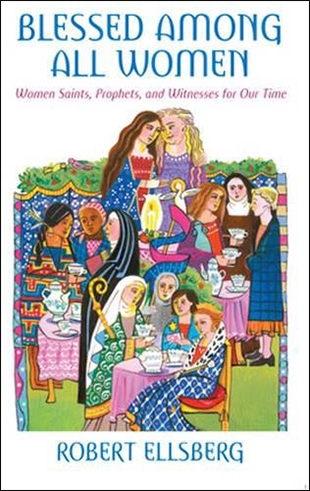