By David A. Cooper
A mystical revelation on a starlit night.

"I sat awake most of the last night of this retreat. A crisp, sharp breeze heralded the approaching winter; the sky shimmered like a pool filled with precious stones. I found myself lured into its center, and as I dived through the sparkle, I experienced being drawn into a sense of union with the Divine, expressed in Jewish mysticism by the word devekut.

" 'Devekut,' is the mantra that arose. 'De-ve-kut,' I repeat as my body rocks in rhythm. It is a Hebrew word meaning 'clinging' or 'melting' into God. Jewish mystics believe this letting go of the boundaries of the self is a high state of illumination — giving up one's will in a union of pure love where there is no clear distinction between lover and beloved.

"An iridescent bell-shaped figure appears over my head. I continue to rock and repeat the mantra. The bell slowly descends until I am surrounded. My body is like a clapper; each time I rock and touch the inside of the bell, an eruption of flares casts sparks in all directions and I hear a sound that is not a sound — the sound of light splitting through a prism.

"Soon the clapper itself begins to splinter into bolts of lighting, and the entire bell is filled with a spectacular tumult of shattering globes releasing white-hot gases. At the core of my being, something tells me this is the nucleus of an exploding galaxy. I am certain it is happening somewhere in the universe just as I am experiencing it at this precise moment.

"Opening my eyes, I am stunned to find myself in the indifferent darkness of night. The contrast startles me like an icy plunge. Quickly I close my eyes, but now only the afterglow remains. Again, I look out of my window into the night and peer up into the star-filled sky for a sign. I see nothing with my naked eye, but my inner eye remains certain that up there, in that part of the heavens to the east, is an erupting nebula millions of light-years across." 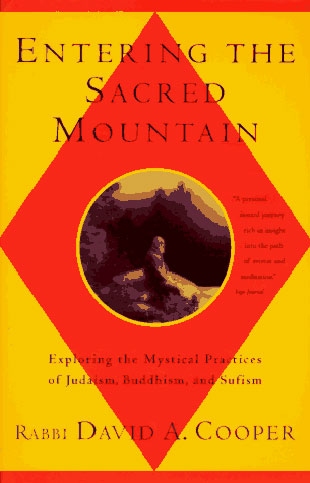