Going to Pieces without Falling Apart A Buddhist Perspective on Wholeness

"There is an expression in horseback riding circles that one is suppose to ride with 'soft eyes' letting the world go by without focusing on any one thing too specifically. I learned about it from a patient who was having a problem doing complicated jumps with her horse, but I was interested in the broader applications of what she discovered. My patient, a young woman named Marilyn, was an accomplished rider, but, as she described it, she was 'too involved' when it came to mastering a new set of hurdles. She was too focused on achievement, she told me, to permit her 'soft eyes' to develop. Unable to relax into the jump, her tension and her desire for success interfered with the horse's capacity to navigate the obstacles cleanly. Like an actor stumbling over her lines, Marilyn grew more and more unsure of herself, and her performance became more and more self-conscious.

"One of her riding instructors showed Marilyn a way to distract herself from her worried anticipation. He urged her to imagine that an additional turn took place after the final leap. He gave her a method of getting her mind out of the way. This mental trick worked beautifully. Rather than becoming fixated on the jump as the culmination of her efforts, Marilyn was able to set the jump up and then move on. As she was visualizing the imaginary turn, her horse soared perfectly into the air. Because her mind was at ease, Marilyn was able to sit back and enjoy the fruits of her efforts.

"As Marilyn told me her story, I realized that she had been resisting the critical moment when her self fell away, when she and the horse and the jump became one. By worrying over how well she was doing, she was perpetuating the hold of her ego, refusing to allow it to fade back into transparency. Her ambition had been interfering with her success. Her riding instructor's efforts to show Marilyn her 'soft eyes' were attempts to bring forward her capacity for unintegration, to allow her to surrender into the connection with her horse that the jump demanded. What was interesting was that Marilyn needed a trick to make this natural thing happen. Telling her to have 'soft eyes' was not enough; she needed something to do with her mind to get it out of the way. This is the function of meditation practice: It provides a method of getting the mind out of the way so that we can be at one with our experience." 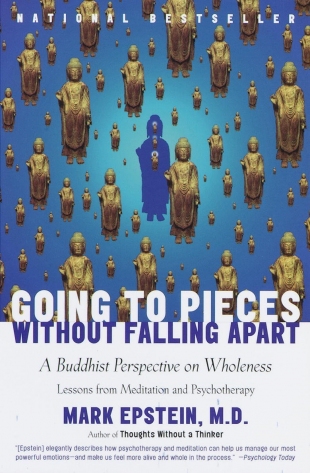