Jesus Uncovering the Life, Teachings, and Relevance of a Religious Revolutionary

"I turn now to the vision of the Christian life that flows out of this way of seeing Jesus. I have already said some things about this, of course, both explicitly and implicitly. So here I will be very concise:

• "This vision of life is deeply centered in God, the sacred. So it was for Jesus. So it is in all of the enduring religions of the world. What makes Christianity Christian is centering in God as known in Jesus.

• "It is a way of being Christian in which beliefs are secondary, not primary. Christianity is a "way" to be followed more than it is about a set of beliefs to be believed. Practice is more important than 'correct' beliefs. Beliefs are not irrelevant; they do matter. But they are not the object of faith. God is the 'object' of commitment — and for Christians, God as known in Jesus.

• "It is a life of deep commitment and gentle certitude. Deep commitment, because it involves one's whole being. Gentle certitude, because it is gentle, soft, regarding particular verbal formulations of Christianity, including precise doctrinal statements. These are always human products. They are to be valued as such and to be reformulated when necessary. Depth of commitment and dogmatic certainty about a particular set of beliefs are not the same thing.

"In all of this, church matters. By 'church' I mean local congregations, local communities of Christians, as well as the church aggregate. The church has more than one central function.

"Churches are to be communities of transformation. This means being communities of resocialization. Most of the readers of this book have been socialized into modern Western culture, and most of us into American culture in particular. To be Christian is to be resocialized into a different understanding of reality and way of life — to live in relationship to another Lord and vision, to be shaped by the Bible and Jesus. Being Christian doesn't mean being anti-American, but it does mean that Christian identity and loyalty matter more than national identity and loyalty. When there is a conflict, Jesus is Lord. The church is the community that proclaims, incubates, and nourishes the lordship of Christ.

"Another central function of the church is that it exists for the sake of the world. It does not exist for its own sake. It is grounded in God who 'so loved the world,' not God who so loved the church and Christians in particular. The church is to be a mediator, an instrument, of God's passion for the world's well-being.

"And the church is the community that remembers and celebrates Jesus. Without such communities, the memory of Jesus would disappear. The saying that the church is always one generation away from vanishing is true.

"So it is important to be part of a Christian community — not because it's a requirement for salvation, but because of the church's role as a community of transformation into an identity in Christ. God does not need the church. But Christians do. God can get along without the church. But we cannot." 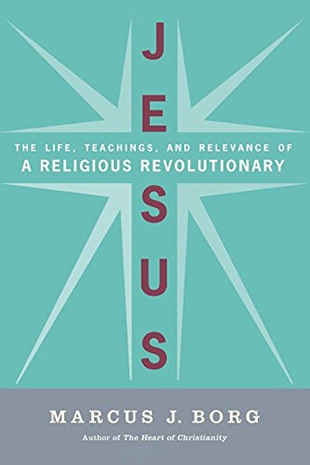