Twitter Facebook Link Print
Share
"In a battle 'Ali confronted a powerful enemy and after a fierce fight was able to throw the enemy to the ground and sit on his chest with his sword drawn. At this moment the enemy warrior spat in 'Ali's face, whereupon 'Ali immediately disengaged himself and abstained from delivering a blow with his sword. The enemy warrior, who was an idol worshipper, had never seen such an event. He became agitated and asked 'Ali why he had not killed him. The response of 'Ali, which in the verses of the Mathnawi constitutes one of the masterpieces of Sufi poetry, was that 'Ali was fighting at first for the preservation of the Truth, but once the enemy warrior spat in his face 'Ali became angry, and he would never react on the basis of anger and certainly not get into a battle or slay someone for personal or selfish reasons. In Rumi's words, 'Ali responded:

" 'Ali is said to have been the founder of chivalry (futuwwah in Arabic and jawanmardi in Persian), and this story bears witness to what constitutes the very essence of chivalry, namely, sincere and detached action devoted to a noble cause. Chivalry combines action with selflessness, actions devoid of worldly motifs or tainted by vices such as anger, covetousness, lust for power, or thirst for revenge. It is far from accidental that in Islam orders of chivalry became integrated into certain schools of Sufism and that within the Sufi tradition it is expected that those who aspire to march upon the path to the Garden of Truth possess the virtue of chivalry.

"There is much talk of jihad today, both in the West and among certain Muslim extremists, most of whom are unaware of their own tradition. The word jihad means not war but exertion in the path of God. And then there is, according to a well-known saying of the Prophet, the inner or greater jihad, which is the constant battle of the followers of the spiritual path to correct the imperfections of their soul and make it worthy of inhabiting the Garden. This is the highest form of inner action. There is also the lesser jihad, which can include war to defend oneself, one's family, one's nation, and one's religion. From the spiritual point of view, however, even this kind of jihad must be selfless, detached, and not caused by anger or hatred. The fact that this story about 'Ali takes place on a battlefield, as does the great Hindu classic the Bhagavad Gita demonstrates that selfless and detached action must extend to even that most trying and violent form of human action that is war.

"Detachment from the fruits of one's actions is not unrelated to the Chinese doctrine of wu-wei, that is, to act without acting. Our ordinary actions plunge our souls into the cosmic chain of actions and reactions, or the chain of karma, as the Hindus would say. But that is because of our attachment to the fruits of our actions and the loss of the contemplative spirit, which reduces the soul to a substance that identifies itself solely with acts rather than with being, with preference for action over contemplation. But to act without acting requires also that one die before dying, as asserted in the famous Prophetic tradition, 'Die before you die.' It means to detach our will from our passions and impetus toward external actions and surrender it to God. The sage acts without acting like a lamp that illuminates its surroundings by simply existing. The sage contemplates and lives in the dimension of inwardness and by virtue of that interiority has a sympatheia with the inner reality of beings and then acts upon them in the deepest sense without external action. The sage demonstrates in his or her reality the precedence of being over all external accidents and the priority of contemplation over action. But the sage nevertheless does act, and his or her acts are selfless, detached, and based upon sincerity, goodness, compassion, and truthfulness. 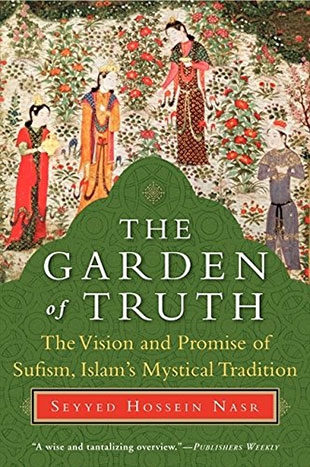