The Third Jesus The Christ We Cannot Ignore

The Rescue Is Unity

"History may blur Jesus's biography, but it can't put out the light. The rescue that was promised to the Jews of the first century has a universal aspect. We may not be waiting to be rescued from Roman persecution, yet in our way we are waiting to be saved. The gospels tell a truth that people still want to hear, because certain conditions never change. People still suffer and feel abandoned. They continue to yearn for a transcendent reality. Above all, the condition of separation hasn't been addressed. All the troubles that stem from the ego and its desperate isolation continue to weigh down individual existence. The rescue that people need today won't conquer Caesar, but it will conquer duality. Jesus symbolized the transcendent self that renders the ego irrelevant and transforms duality into oneness with God.

"Unity remains mysterious to this day, and many people who are on the spiritual path can't envision it. They imagine that the goal of seeking is greater happiness, peace of mind, and wisdom. Jesus holds out a genuine vision of the goal. 'Unity' is just an abstract concept until we connect with his description of the actual experience; here, in brief, are the best clues we have from Jesus himself.

"He considered his teachings to transcend history, even time itself. 'Heaven and earth will pass away, but my words will not pass away.' (Matthew 24:35)

"He enclosed everyone in his being. 'You have already cleansed by the word that I have spoken to you. Abide in it abide in you.' (John 15:3-4)

"He regarded unity as the only way to escape death and destruction. ' . . . apart from me you can do nothing. Whoever does not in me is thrown away like a branch and withers; such branches gathered, thrown into the fire, and burned.' (John 15:5-6)

"All spiritual questioning ended with him. 'All author heaven and on earth has been given to me.' (Matthew 28:18)

"Traditionally, these passages (and dozens like them) testify to Jesus's conviction that he was the Messiah, but we can read them in a different way, as the natural expression of a man in unity. Jesus doesn't tell us how he arrived at unity, so we have no before and after to compare. (Buddha, on the other hand, does provide us with a dramatic story of his life as a prince and warrior before he attained enlightenment, yet like Jesus, he hardly ever made personal references to himself once he had reached unity.

"The four gospels may confuse us on many points, but not these. In Jesus we see a person for whom the small 'I' has merged with the universal "I," whose behavior reflects that shift.

"This is also the reason why Jesus proves so elusive, for unity has no qualities that can be brought down-to-earth and made human. Christianity has done everything possible to humanize Jesus, for we cannot conceive of someone so completely transcendent that even our most cherished qualities, such as love and compassion, fall short of his reality. In India the tradition of unity is older and more seasoned; there is less panic about not appealing to the crowd. In that context, unity is described in less human terms, as

"Now we are erasing everything that we identify with as human beings. You and I accept that we were born and will die. A person in unity thinks we've been fooled by appearances, that only the physical body is born and dies. You and I feel limited in what we can do; we value our ability to express who we are and how we feel; we stay within certain boundaries and are afraid to venture beyond them. All of this strikes someone in unity as pure illusion.

"If Jesus was in unity — as he declared over and over — then we must accept that his experience can't be grasped by expanding our own. That's always a temptation. I love my children, Jesus says that he loves me, therefore Jesus loves me as I love my children. No, in this case, the equation breaks down. Jesus loves me in a way I cannot fathom until I reach unity myself. He invites me to walk the spiritual path in order to find something beyond words, beyond even his own. Unity is the fate that releases the grip of fate, the destiny that obliterates all that came before or will come after. No matter how many ways it gets reworded, unity can't be compared to anything but itself. The miracle, and the joy, is how beautiful Jesus made the goal appear, even to a blind humanity." 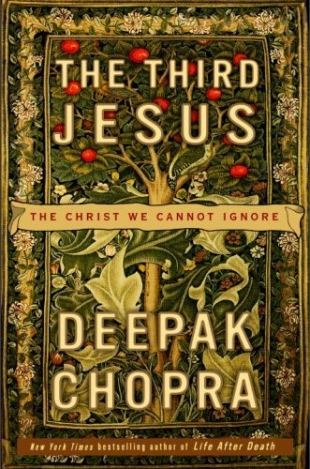