By Charles Smith, Felicia Norton
A Sufi perspective on the value of being tested in the spiritual life.

Dance, when you're broken open.
Dance, if you've torn the bandage off.
Dance in the middle of the fighting.
Dance in your blood. Dance when
you're perfectly free.
— Rumi (trans. Coleman Barks)

"There is a story of St. Teresa of Avila riding in a horse-drawn cart. A wheel falls off the cart, and Teresa finds herself face down in the mud. She cries, 'Lord, no wonder you do not have many friends, if this is how you treat them!'

"In truth, the journey back to our natural state is full of struggles. The further we travel on the spiritual path, the more these struggles confront us. The lives of Buddha, Jesus and Mary, Joan of Arc, Muhammad and his daughter Fatima, and practitioners from all the spiritual traditions of the world testify to this.

"In the Qur'an it is said that no soul is ever tested beyond its capacity. And yet it seems that we are sometimes challenged right to this limit! Perhaps it is literally true that those closest to the sacred are most tested. Yet we are truly all loved by the Divine, and each of us is continually being asked to stretch. This painful stretching is not simply punishment for which we are singled out, or a sign of divine malice. However difficult, our tests and trials give us a greater capacity, and help us to become like great fruit-bearing trees. The key is in using what comes our way as a blacksmith would use a forge, allowing our experiences to mold us and bring us to a fuller and more creative life.

"How we view being tested is crucial. We can choose to take it too personally, too much to heart, or to see it as a uniquely tailored gift, a highly specific medicine administered for our healing and for the well being of others. Adopting the latter interpretation — seeing what is taking place as a 'remedy' for us and those around us — has a magical and alchemical quality. In fact, even if at times we feel we are perfectly justified and accurate in seeing something as a personal insult or injury, realizing instead that we are not a target but a transducer of energy literally brings a liberation. By not reacting, we somehow stop forces of negativity in their tracks, and all involved benefit. The overall effect is a clearing of the clouds of confusion around us.

"While our circumstances are always unique, we may learn much from the struggles of spiritual pilgrims of the past, such as the great Buddhist sage Milarepa. Milarepa was a student of Marpa, the latter a most renowned translator of sacred texts. Milarepa was tried continually for many years by his teacher. For example, he was instructed to build a house for Marpa's son. Each time the house neared completion, Marpa told Milarepa that he wasn't satisfied with the work or had 'changed his mind' about the design. Again and again Milarepa had to demolish the building and begin anew.

"While dealing with brick and mortar, Marpa was actually teaching his student on a symbolic level. Such radical destruction and reconstruction is inevitable on the spiritual journey. And while the training of Milarepa can sound rather cruel, it is said Marpa secretly wept when witnessing the trials that his beloved disciple had to go through. Yet Marpa knew that this testing was necessary, a way of preparing and expediting the fullest awakening of his great disciple, whose life was destined to touch untold numbers of beings. From the tests he endured, Milarepa's compassion, wisdom, patience and endurance ripened. Now just hearing Milarepa's name is a joy and a blessing to Tibetan people.

"Parallel examples of such testing are found in the life of the prophet Muhammad. Though surrounded by aggression and violence, Muhammad was always most gentle and loving. Each day on his way to prayers, he would walk by a woman who cursed him and threw garbage on him. He never complained of this woman, nor stopped to return her admonishments. But when the woman did not appear one morning, the Prophet was so concerned about her welfare that he went to her house. Her husband could not believe his eyes when he found Muhammad at the door inquiring about the woman's well-being.

"Be it Muhammad or Milarepa, or be it Shiva, who allowed snakes to bite him, the greatest of souls are conduits for the projections of people and even of whole societies, and from their difficult situations bring forth healing power. The basic wisdom of not reacting that was followed by these guides is found in the Dhammapada, a sacred Buddhist scripture:

What we are today comes from the thoughts of yesterday; and our present thoughts build our life of tomorrow. . . . "He insulted me, he hurt me, he defeated me, he robbed me." Those who think not such thoughts will be free from hate. For hate is not conquered by hate. Hate is conquered by love. This is the law eternal.

"Spiritual tests coming to us are like a surgeon's probe under bright light. They bring to the surface anything in us that needs to be healed. Yet, at the same time, the 'tests' are not always sent to cure some ailment in our being. They may actually have to do with healing others. In other cases, the tests may not have to do with healing at all, but simply be as lightning bolts of energy, sent to unleash creativity and life force in us or in everyday situations.

"The thirteenth-century Sufi teacher Abdul Qadir Jilani gives further insight about the tests along the spiritual path. He describes how, in the stages of testing, the Unseen may take everything away from us. This early stage can be very painful, and it may appear that we are simply left abandoned and with nothing. Then, to our surprise, a wholly different test comes: we find ourselves being called to 'receive our portion,' our destiny. Now the Unseen brings to us our heart's desire, a great fullness and abundance that is often more difficult to accept than the losses we have experienced." 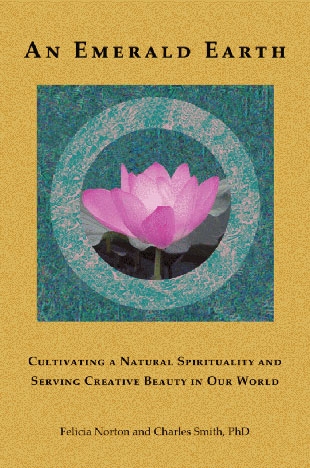