The Art of Happiness in a Troubled World

" 'You know,' he continued, with a sigh, 'in reality, so many factors contribute to such horrible acts. For example, these individuals were motivated by hatred. In fact, when I first saw the building collapse on September 11, I thought, Hatred — that's the real culprit!'

" 'Your Holiness, I can understand your view how there may be all these factors contributing to these acts of horror. But the fact is that ultimately it comes down to an individual or a group of individuals inflicting acts of violence and suffering on other human beings. So don't you think it is possible that, setting aside all these complex factors and causes that you mention, some people are really just evil, that their nature is evil?'

"Shaking his head, the Dalai Lama replied, 'This concept of evil, even the very word "evil," can be problematic. As we have discussed before, it seems like in the West sometimes there is a tendency to see things in absolute terms, to see things as black or white, all or nothing. On top of that, under the influence of mental states such as anger, this tendency becomes even stronger. A kind of distortion of one's thinking, one's perception, takes place. So, as I mentioned, when you think of such events, you immediately seek a target, looking for an individual or group to blame, something concrete that you can direct all your anger and outrage at. And in that state you see things in terms of all good or all bad, see people as good or evil. So from that perspective, you might view a person as purely evil.

" 'But from a Buddhist perspective, we have no concept of absolute evil, in the sense of evil as something which exists independently — something that is not caused by other factors, that cannot be affected by other factors, and cannot be changed or modified by other conditions. "Absolute" evil has a sense of permanence. So, we do not accept the idea of evil people, in the sense that a particular person's intrinsic nature is one hundred percent evil, and they will remain that way because it is their fundamental unchanging nature.

" 'Now, within the Buddhist perspective we do have the concept of a person acting in an evil way, doing evil things, under the influence of negative emotions and bad motivation and so on — but we see this evil behavior arising as a result of certain causes and conditions. We feel such events can be explainable without invoking a metaphysical force like evil.

" 'So, basically,' he summarized, 'if a person commits a very destructive act, you can say that act is evil. No question. And you should always oppose that act, as an evil act. You must take a very strong stand. And let's say that the person's motivation for the act was hatred. Then you can say that both the motivation, and the action that it leads to, are evil because of their destructive nature. But we still cannot view that individual as "an evil person," intrinsically and permanently evil, because there is always the potential or possibility that a new set of conditions will come into play and that very same person may no longer engage in the evil behavior.'

" 'Well, I can understand what you are saying,' I said, 'but if you look at that act as arising from a variety of causes and conditions, and view the perpetrator as just under the sway of all these other factors, and that these factors are what really caused the behavior, isn't there a danger of seeming to excuse or condone the person's behavior, as if it is not their fault? It seems that the more you look at the various causes and conditions leading to the act, the more you seem to let the perpetrators themselves off the hook.'

" 'Again,' he said, 'saying that nobody is intrinsically evil, that evil is a relative state dependent on other factors, does not give someone an excuse to commit these evil acts. Just because you allow for the possibility of one's motivations and behaviors to change in the future, this does not mean that you somehow excuse or condone that act, or that you do not hold them responsible as if they had nothing to do with it.' " 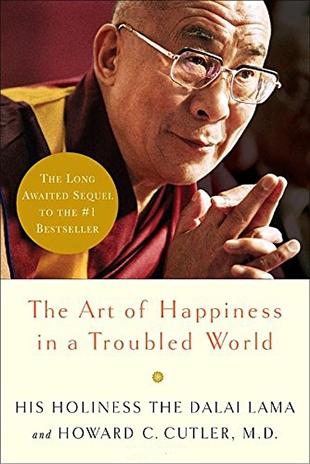