Excellent As You Are A Woman's Book of Confidence, Comfort, and Strength

"Many of our fears are grounded in fact. Historians tell us that in the three years of the Spanish Inquisition, nine million women were burned as witches. Later, in our own country, the same fate befell many women in New England. In general, these gender holocausts were perpetrated against women who were sought after for their healing, counseling, and midwifery skills. Their knowledge and wisdom — and in some cases, eccentricity — was perceived as a threat to the 'powers that be,' and so they were destroyed.

"Embedded in our history are two messages: wisdom is punishable by death, and to be fully empowered is to be life-threateningly vulnerable.

"What the executioners began with their witch burnings, we have perpetuated through our unexamined personal and archetypal fears. We arc changing that, but we still need to transform the ancient fears that continue to lurk in the shadows of our subconscious. Only by bringing these fears into the light, where they can be examined for their present-day validity, will we transform them."

I am safe and protected.
I am wise and empowered. 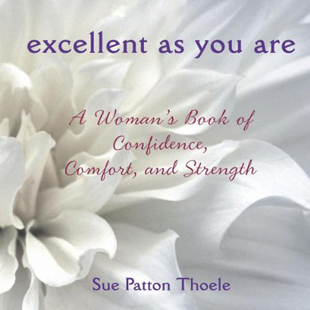