Life Gets Better The Unexpected Pleasures of Growing Older

"We are fortunate when aging extricates us from an excessive focus on ourselves. More than anything else, losses in later life can awaken our sympathy and make us stay attuned to the importance of living in concert with others. An interest in serving broader aims may keep mounting — contributing to our local community, helping to ensure the health of natural areas in our vicinity — whatever we can do that connects us to the human prospect as a whole, even in a small way.

"Most of us become convinced that the spirit for a life well lived derives from what we give to others, not from what we amass for ourselves. During times when we have little influence over painful events in our own lives, we may still be encouraged by the effect we are able to have on others' circumstances. No matter what happens, we know that we can always do something for someone else.

"Antonio Luis Alves de Souza, a Brazilian drummer, was offered an expensive new car after his band recorded The Rhythm of the Saints. Paul Simon wanted to thank him for the excellence of his artistry, beyond what he had already been paid. Instead, Souza requested money enough to buy an old building where he could teach theater arts, singing, and dancing to poor children and women from the streets. Fifteen years later, when he died of a heart attack at the age of fifty-four, his funeral procession 'was followed by 4,000 people dancing and singing his songs.'

"In a cafe one afternoon, I overheard the wrap-up of a business meeting between a woman in her fifties and a man in his thirties. She said, 'So, I really like where we're going with this. I want to do something good for our community.' The younger man replied, 'That's great. I want to get paid.' They were clearly at divergent points in the life course, with different priorities. After an awkward pause, they parted politely.

"We naturally get caught up in making our way in the world during youth and middle age. There is little time or energy for endeavors beyond our personal sphere — maintaining a home, going to work, raising children. Two or three decades may elapse before we find these involvements less consuming. In the meantime, a longing for connection to something beyond these spheres slowly gains force.

"Later life is the time when we tend to have room in our lives for generosity. It gives us reasons to prevail over our personal difficulties and grants us access to vital sources of renewal. We find there is strength in doing what good we can for others, not as an intellectual construct but as a robust way of meeting each day." 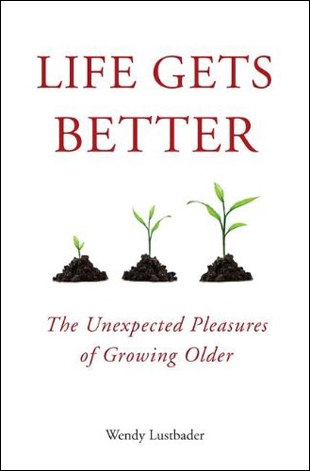