Driven to Extinction The Impact of Climate change on Biodiversity

"Only about one in a thousand of the species that have ever existed on Earth are still alive today. We can't possibly know the proportion precisely, but the fossil record reveals that the vast majority of life forms that have ever been molded by evolution are long gone. The fossil record also reveals that many species went extinct during cataclysmic events scattered sporadically throughout Earth's history. Most famously, 65 million years ago something — most likely a massive meteorite smashing into the Earth — drove the dinosaurs to extinction, and there have been at least five other mass extinction events over the last 600 million years, each of which took a major chunk out of the diversity of species living at the time.

"Here's my point: After each catastrophic event, it took evolution at least 10 million years to rebuild the former levels of diversity. That's a mighty long time, meaningless on human time frames. As far as we're concerned, the species alive today — however many millions there may be — are irreplaceable. Unless we put misguided faith in Jurassic Park-style technology to re-create extinct species from recovered strands of DNA, the current diversity of life is all we will ever have. It is the purpose of this book to assess the threat that climate change poses to this irreplaceable richness.

"Climate clearly has a fundamentally important influence on nature, with species having adapted to live under certain conditions. For instance, emperor penguins have evolved a thick layer of blubber under their feathers to enable them to withstand some of the coldest temperatures on Earth, while their relatives, the Galapagos penguins, have been on an evolutionary diet to shed the insulation and survive in hot, equatorial climates. Likewise, you're not going to find palm trees on a skiing vacation or alpine conifers during a desert island getaway.

"But these are extreme examples of how the climate affects species — differences between climates don't need to be so dramatic for us to see variation in species. Throughout nature, subtle differences in the climate have a major impact on the plants and animals that are found in a particular area." 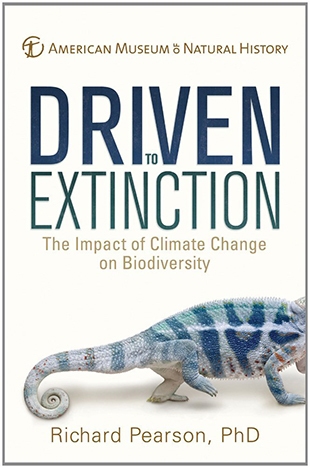