The Faith of the Sparrow

"Some urban dwellers mistakenly think that birds aren't aware that humans hang bird feeders and so they never realize where the food comes from. According to a half-dozen people I interviewed, nothing could be further from the truth; just try not filling the bird feeder and see what happens! Grandmother White Wolf has a long kitchen window that looks out over an evergreen hedge. Early in the spring, she takes dime-sized pieces of bread and, reaching deep into the branches of the hedge, squeezes the bread into the Y of the branches, well hidden inside the hedge. The first time she did it, she wondered if the sparrows, common visitors to her window, would ever find the hidden treasure, or if they found it, would enjoy eating it.

"She hid the bread several times, then stopped doing her job, thinking, perhaps, it wasn't making a difference. She looked out her window one snowy morning, and there was a whole line of hungry faces, a row of sparrows sitting on top of the hedge, staring into the kitchen window, right at her! The expression on their little faces was clear; their body language was speaking volumes, sitting perfectly still with a purposeful intensity, concentrating their eyes on hers. She wasn't doing her job! They had eaten all those hidden provisions and wanted more. It struck her how they were able to convey their concerns to her, even though she wasn't a bird. She promised to start over, this time with some left over hot dog buns.

"Dark Rain Thorn, a Shawnee elder, and her husband, noted frontier author James Alexander Thom, have also seen birds lined up, staring at the window, when the bird feeder runs dry of seed.

"I have a bird feeder outside my window that is filled with thistle seeds, which attracts gold finches. There are six golden finches that swarm around the feeder every morning. The feeder has only three feeding stations or perches most of the time, so the birds take turns. Three have breakfast, while three sit on nearby tree limbs. After a while, one will swoop down and tap one of the diners on the shoulder; that one jumps up, and like lightning, the other takes his place and starts chowing down, until he, too, is tapped and returns to his limb. All six replace each other in endless combinations, similar to a musical composition that never quite repeats. This aerobatic square dance can go on for hours, but the swapping of positions happens quicker than the eye can see, somewhat like the switching of positions of electrons in an atomic ring. Their dance reveals something about the nature of the universe, but exactly what I haven't a clue. It is only my job to replace the thistle seed when it gets down to empty, which doesn't take that long, and observe the fluttering of golden wings with admiration. When I fail to fill the feeder, the goldfinches know who to blame! There are over three hundred types of finches, so they symbolize variety.

"Sparrows, especially house sparrows, are very common birds, but that is no reason to ignore the recent concern over cell transmitters and their effects on house sparrows. Because of their light construction and size and the fact that they are 'high nesters' (they prefer to build their nests in the eaves of houses) the radiation from cell transmitters causes them to die or disappear from the area in greater numbers than other species. This happened recently in Scotland, where a major disappearance of house sparrows forced the nation to remove or redesign all cell towers in suburban and urban regions. The sparrows then returned. A Native American friend named Geneviva told me that when she found a dead sparrow at a gas station, she got a message from the Great Spirit to pick it up, take it home, and give it a full burial. Spirit told her, 'It is noble to be ordinary.' It was a timely message, as the studies done in Scotland and elsewhere in Europe have not been widely discussed in North America, where there is a yet greater density of such towers.

"Many birds love washing themselves in creative ways. My friend Janet has reported two recent sightings of birds cleansing themselves in imaginative ways. A rain shower had created a deep pool of water on top of an unused section of vinyl roofing that was sitting in her yard, curved in a way to create a basin. A hawk landed and spontaneously began bathing in the accidental pool that was created. He was ducking his head under the water and splashing the water under his wings and over his back. Without seeing his tail, it was impossible for Janet to tell if it was a Cooper's hawk or a sharp-shinned hawk, but it was unusual behavior for a hawk, even on a hot day.

"Yet more recently, on the second of two 100-plus-degree afternoons, she was watering a garden with a spray nozzle, creating long arcing flumes of water across the yard. Three house sparrows flying in close formation flew through the center of the spray at high speed, causing a splash in midair that helped hose down the sprayer as well as the sprayed. Delighted with their free hose down, they made a U-turn, whipped around, and went through the spray again, and then several more times for good measure. All the while, the sparrows were twittering excitedly, making a lot of noise like giggling children making the most of an open fire hydrant. It was a playful moment in interspecies history.

"Some small birds are quite clever. One news report described house sparrows hovering in front of the electric eye sensors at the entrances to grocery stores, cafes, and other places where food might lie unguarded, causing the automatic doors to open and close so that they could steal food. I have also heard that black-capped chickadees and red-breasted nuthatches can tell if a sunflower seed is empty or full solely by weight." 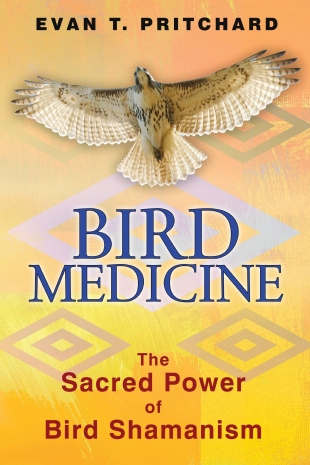