Eyes of the Heart Photography As a Christian Contemplative Practice

"Colors are related to every aspect of our lives — our clothes, our entertainment, our food, and our rooms — and not surprisingly color plays a significant role in Christian tradition. In early martyr tradition, Christians killed for their beliefs were called 'red martyrs.' Red indicated the violence they suffered and the blood that was shed.

"Once Christianity became a widespread religion, red martyrdom no longer occurred, so those who committed themselves without bloodshed to a holy and ascetic life, forsaking the comforts of the world, were sometimes referred to as 'white martyrs.' White symbolized their purity and dedication to God.

"Later, in Ireland, where Christianity was introduced without bloodshed, there were 'green martyrs' who left the comforts of home to go off into the green wilderness to live a holy life. They followed the example of the early desert monks who fled to the harsh landscapes to focus on God.

"The color blue is often associated with the Virgin Mary to emphasize her title as Queen of Heaven and is associated with heaven and the mystery of the mystical life. Blue often appears in the vestments of Christ and the apostles as well.

"Gold is used in icons to symbolize the divine light. The Hebrew word aour, meaning 'light,' is similar to the Latin word aurum, meaning 'gold.' In illuminated manuscripts, gold is also used to express the radiance of the divine. I like to imagine those ancient monks being out in a sunlit forest, the trees luminous and glowing, and returning to their scriptoriums to see if they could capture a little of what they experienced on parchment.

"One of the most frequently used colors in icons is red: the color of heat, passion, and love. It is the color of blood and the torment that Christ endured. Saints depicted in red garments symbolize blood shed for faith and a passion for God exacting the price of a life.

"Other colors in icons, like purple, are associated with royalty; white, with purity or innocence. Green points to the fecundity of the earth and brown with humility (a color we recognize in simple undyed monastic robes).

"It is not only saints and significant figures of faith who have associative colors. In denominations with liturgical traditions, each season also has a symbolic color. Ordinary time is represented by green to symbolize new life and growth. Advent is connected with the color blue; Lent is purple. The seasons of Christmas and Easter are connected to the color white, and black is reserved for solemn occasions like Good Friday or the offices of the dead.

"Color speaks a symbolic language and elicits strong associations for us. And this is a language and palette we can pay attention to in our photography as well." 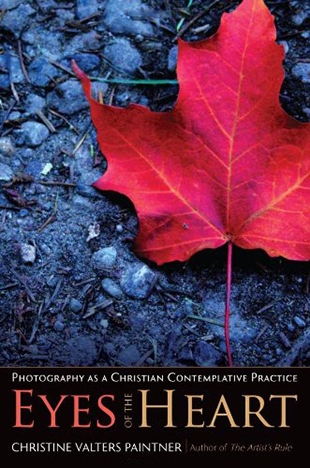