Walking the Way 81 Zen Encounters with the Tao Te Ching

"You and I are not opposed to one another. Life is not necessarily a zero-sum game where if you have more, I'll have less. This is a fiction based on a narrow vision that pits self and others against one another. In reality, we are all in this together.

"As soon as you start making comparisons you open a door for self-doubt: where do you belong on the measurement scale? We are used to worrying about whether we're 'normal,' but normality did not even exist until people gathered in urban centers and statisticians began to tabulate how they were distributed. Once the normal curve was constructed, people were placed relative to the mean.

"It's not possible to have a normal curve where all the children are 'above average,' some must be below for others to be above. So instead of each student simply being who she is, grades are assigned. When society tries to put people in their 'proper' place, everyone struggles with their position on the totem pole.

"Life is not fundamentally something to contend with but something to explore and appreciate. You appreciate it by contributing to it as yourself. Your self is not a measured thing but a streaming flow of relationships with people, with living beings, and with the material world that surrounds you and holds you.

"Dwell with earth; think with depth; help with kindness. It's easy to be sincere when you stop pretending to be anything other than who you are. There's no place for blame when your skill consists of simply being yourself, a word spoken in time, flowing still." 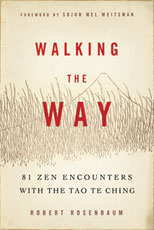