The Unwinding An Inner History of the New America

"And it was only after his [Sam Walton] death, after Wal-Mart's downhome founder was no longer its public face, that the country began to understand what his company had done. Over the years, America had become more like Wal-Mart. It had gotten cheap. Prices were lower, and wages were lower. There were fewer union factory jobs, and more part-time jobs as store greeters. The small towns where Mr. Sam had seen his opportunity were getting poorer, which meant that consumers there depended more and more on everyday low prices, and made every last purchase at Wal-Mart, and maybe had to work there, too. The hollowing out of the heartland was good for the company's bottom line. And in parts of the country that were getting richer, on the coasts and in some big cities, many consumers regarded Wal-Mart and its vast aisles full of crappy, if not dangerous, Chinese-made goods with horror, and instead purchased their shoes and meat in expensive boutiques as if overpaying might inoculate them against the spread of cheapness, while stores like Macy's, the bastions of a former middle-class economy, faded out, and America began to look once more like the country Mr. Sam had grown up in." 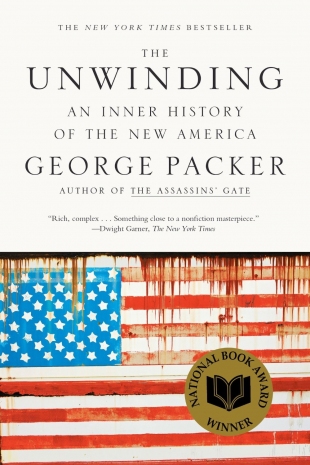