Life is Spiritual Practice Achieving Happiness with the Ten Perfections

By Jean Smith
Reflections on the first paramis, generosity, as a universal human virtue.

"When early scholars began the list of the perfections with generosity, they did so as a reflection of the way the Buddha offered his teachings. Numerous discourses record that the Buddha's first talk in a new community was often about generosity. When I first read this, I just assumed he wanted to make sure that he and his followers got enough to eat. Wrong. Generosity is a foundational building block of spiritual development. Perhaps the Buddha began with generosity because it is and has been so widely accepted as one of the most basic human virtues by so many cultures.

"In any case, when the Buddha went into a new community, he regularly used a particular sequence of teachings: he began with a talk about generosity, then spoke about morality, then about karma, then about the benefits of renunciation. When he felt that his listeners had understood all these teachings, only then would he give his first talk on suffering, its cause, and its end. He would explain that a universal condition of life is stress or suffering (dukkha in Pali and Sanskrit), and that the cause of suffering is clinging or attachment. Therefore, the end of suffering is nonclinging or nonattachment, and the path to liberation begins with generosity, the natural antidote to greed or clinging. The great value of generosity would become clear.

"Clinging or attachment — the source of suffering — cannot exist at the same time as true generosity. By cultivating generosity, we can bring an end to clinging, an end to attachment to stinginess, to material things, even to our most cherished ideas and sense of self.

"Many volumes have been written about the Buddha's teachings on generosity, but one strong cluster of teachings focuses on the way we can practice generosity: (1) By relinquishing external or material things — including one's belongings and even body and life — to benefit others; (2) by giving others the gift of freedom from fear; and (3) by giving others the Dharma: a complex term with many meanings, including natural law, truth, the Buddha's specific teachings, and each moment's experience." 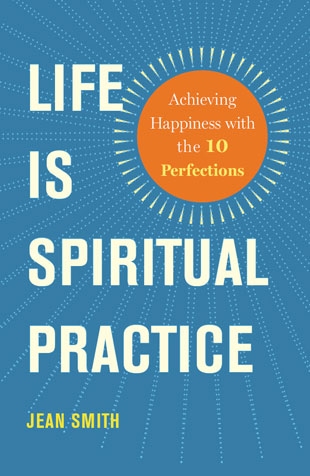