The Myth of Human Supremacy

By Derrick Jensen
A summary of the differences between a supremacist and a non-supremacist worldview.

"The supremacist side in this war believes that members of 'our' category – whatever that category may be – are superior to all others, and that this superiority entitles us to exploit them. In fact, our exploitation of these others is ultimately the primary way we know we're superior. This side believes that difference leads to hierarchy. Men over women. Whites over non-whites. Civilized over indigenous. Humans over non-humans. Animals over plants. Plants over rocks. Mind over matter. Those higher on the Great Chain of Being over those lower. This side in this war believes all life is war, and that the point of life is to defeat others in this war, to scratch and claw and bite, and then to stab and shoot and bomb and poison your way to the top of the hierarchy you've set up (the hierarchy where you already see yourself at the top); and then from the top to exploit all those below you, not merely so you gain the benefits from being so marvelous, but to maintain your position 'at the top of the food chain.' You and your SUV.

"The non-supremacist side in this war believes that difference leads to complexity and community. A forest wouldn't be a forest without the contributions of everyone who lives there. It recognizes that the exploitation of some other is no validation of superiority, but merely the exploitation of some other. It believes that life is not a war, but rather simply life, and the point of life is to live and die, and to do so in such a way that you contribute to the overall health of the community. "The worldviews are simply that: worldviews. They're not reality. Reality is more complex than any worldview. These worldviews have consequences for reality, of course. But they are worldviews nonetheless." 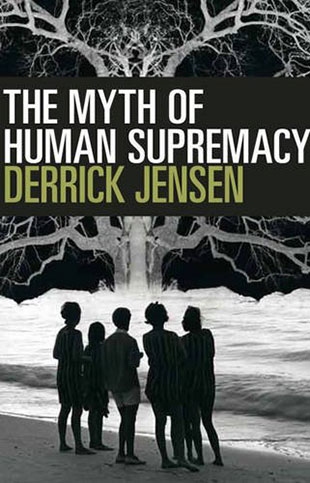