"Ecstasy may call to mind strange images of illegal drugs or someone out of control with emotion or rapture. In fact, ecstasy was often experienced by many of the Christian mystics, and it is our natural birthright. I believe it has been dismissed by many religious institutions because it is not an experience that can be controlled. The very nature of ecstasy is to lose control, to move past your own boundaries and experience a sense of union with creation, with God, or with another human being.

"Reflect for a moment on your own experiences of ecstasy. Perhaps they came while standing in a pine forest or on the peak of a mountain; maybe it was the moment of orgasm or in holding a beloved in sweet rest, your limbs tangled with one another. Maybe you have tasted ecstasy in beholding an infant — your own, a grandchild, or the child of another — and you suddenly knew yourself connected, no longer separate. Or perhaps it was in releasing yourself to the sometimes-exquisite freedom of dance and realizing for a moment that there was no self-consciousness, that you were simply creation itself dancing. The soft animal of your body got lost in the music and sense of connection. Or it is possible you don't have any memory of ecstatic moments and maybe a grief rises up. Whatever your experience, bring compassion and curiosity to yourself.

"When we hold back from being in our bodies, we hold back from the possibility of ecstatic moments. Ecstasy is embodied; it is not something we think our way through, as it demands a surrender that only the body in union with the soul can offer.

"The mystical tradition is clear that the state of ecstasy — when the human person is caught up into union with the Divine — is considered highly favorable. Jungian analyst Robert A. Johnson wrote a book about ecstasy, describing it as the psychology of joy. The word has become synonymous with joyous exaltation, and yet we might often find ourselves holding back. Much like the emotions of grief or anger, sometimes joy is just as difficult because there is a sense of moving beyond oneself and losing some control, of giving yourself over to the joy that you resist.

"One of the profound things I have discovered after years of being on a descent and dark-night experience is that the depth of my commitment to staying present to my grief and lament has also revealed an unspeakable height of joy on the other side.

"Our sexuality and spirituality both arise from the same longing: from our desire for connection to another, whether a friend, partner, lover, or the Divine. They press us against our vulnerability because we discover that we can't go through this life alone. We have to risk betrayal and wounding, and so this path of intimacy and prayer is fraught with fear of losing control. We then resist the ecstasy and also lose touch with the capacity for joy." 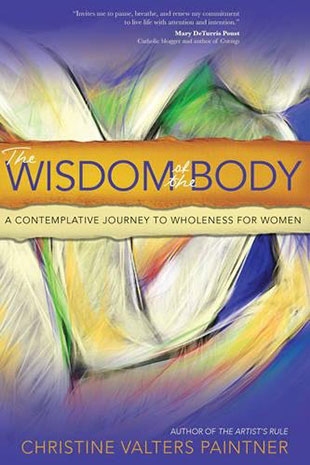