By Philip Goldberg
Taught unity between East and West

"Yogananda's impact on the religious and spiritual history of the West – and, increasingly, India – is unique and unassailable. For that he will always be remembered and celebrated. Just as the Transcendentalists and Swami Vivekananda paved the way for him, he paved the way for a procession of swamis, gurus, maharishis, and yoga masters who came, saw, and conquered in the 1960s and '70s, as well as the legion of teachers, both Eastern and Western, who flourish in today's yoga-friendly world. He predicted that one day millions would seek spiritual enlightenment, and that yoga would be taught in schools. Both have come to be, thanks in large part to his efforts. History is likely to record that the export of India's interior sciences to the West was as significant spiritually as the export of Western science has been to the East's material progress. No single person contributed more to that East-to-West current than Paramahansa Yogananda.

"In a talk to his disciples on his 56th birthday, Yogananda pointed out that few people quote the lines that follow Rudyard Kipling's famous assertion that East is East and West is West, and never the twain shall meet. Those lines read:

" 'But there is neither East nor West, Border, nor Breed, nor Birth,
When two strong men stand face to face, tho' they come from the ends of the earth!'

"Yogananda was a strong man from the East who crossed the earth to stand face to face with the mighty West, saying 'Namaste' with hands joined at his chest. But he was of neither East nor West. He represented the universal Spirit that knows no border, breed, or birth. Through the strength of his character and his skillful transmission of perennial wisdom, he showed the way for millions to transcend those and other barriers to the liberation of the soul.

"He would happily give Mother India the last word. On the 25th anniversary of his death, the Indian government issued a commemorative stamp with his likeness (the Standard Pose). The announcement read, in part: 'Though the major part of his life was spent outside India, still he takes his place among our great saints. His work continues to grow and shine ever more brightly, drawing people everywhere on the path of the pilgrimage of the Spirit.' " 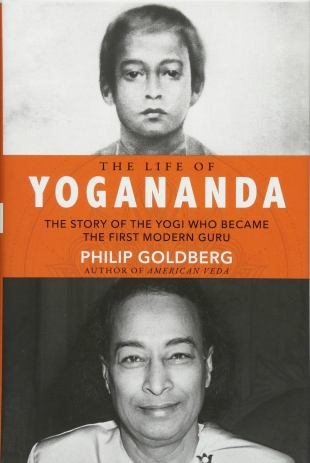