By Robert Ellsberg
The inspiring story of Franz Jagerstatter, who was beatified by the Catholic Church in 2007.

"The story of Franz Jagerstatter, the sole Catholic layman executed in Austria for refusing to serve in Hitler's army, is a study in that quest for meeting God along the path. In his youth, Franz had earned a reputation for rowdiness. After his marriage to his wife Francizka, however, neighbors observed a growing seriousness about his faith. He and his wife had two children, and he adopted another child he had previously fathered out of wedlock. He became a Third Order Franciscan and served as a sexton in his local parish. But how did this farmer, alone in his village, and evidently in his whole country, come to see so clearly that any compromise with the Nazi system — which he believed was a satanic movement — would imperil his immortal soul? In an account of his thinking, written in prison at the request of a chaplain, he described a dream he had had soon after the Anschluss, a plebiscite that authorized the incorporation of Austria into Greater Germany. Franz wrote that in his dream he saw a great shiny train, one which crowds of people — important people, even priests and bishops — were clamoring to board. When he asked the conductor where this train was headed, the answer was, 'This train is bound for hell.' On waking he determined that the train represented National Socialism, carrying the whole country to destruction. Surely, he thought, one should jump off such a train, once one knows its destination.

"Still, as he faced the question of whether to cooperate with conscription, which would entail an oath of allegiance to the Fuhrer, he thought he should seek pastoral advice. He went first to his local priest and then even traveled to consult with his bishop. They both advised him that such political questions were not his responsibility; his primary duty was to his Fatherland, and to his family. As for the larger moral issues, he should leave those in God's hands. Of course, the bishop who offered this advice was not exceptional; it is doubtful that any bishop in the world at that time would have counseled Franz otherwise. Nevertheless, he could not be persuaded by these arguments. In the gospel he had found a higher truth that contradicted the morality of his society and his church. He did not find his answers in a laboratory, but through discernment, through the challenges of history, as he attempted to walk the path of discipleship.

"Franz's witness has a counterpart in the faith and love of his wife Franziska. Though her deep piety had played a significant role in shaping Franz's exacting conscience, she naturally wished that Franz might find some compromise that would spare his life and allow him to return to his family. But once his mind was set, she did not try to deflect him, despite the urging of her priest and the prison chaplain. After learning of his death, she wrote, 'I have lost a good husband and exemplary father for my children . . . However, the loving God had ordained things to be otherwise, and our beautiful union was lost. I already look forward to our reunion in heaven where no war can any longer separate us.' Franziska Jagerstatter was alive in 2007 to attend her husband's beatification.

"Franz acted without any expectation that his stance would bring down the Third Reich — or that anyone would even know of or remember his sacrifice. In fact, he remained largely unknown to the world until an American Catholic scholar, Gordon Zahn — himself a former conscientious objector — recounted his story in his book In Solitary Witness. That book was one of the things that influenced my father's [Daniel Ellsberg's] decision to copy and release the Pentagon Papers — an action that resulted in his being charged with crimes that carried a maximum penalty of 115 years in prison. He in turn passed that book along to me.

"I was fifteen when I was called to testify before a grand jury investigating my father's copying of the Pentagon Papers. I was seventeen in 1973 when the charges against him were dismissed on the grounds of gross governmental misconduct. Nevertheless, the Vietnam War continued. For years I had anticipated my own appointment with destiny — not in the indeterminate future, but on the date when I would turn eighteen and face the legal obligation of registering for the draft. Thoughts of Franz Jagerstatter played in my mind. I thought in particular about Franz's dream about the train, and his warning that we must surely jump off that train, or refuse to climb on board, when we know its destination. I decided that, rather than apply for conscientious objector status when the time came, I would refuse to register at all." 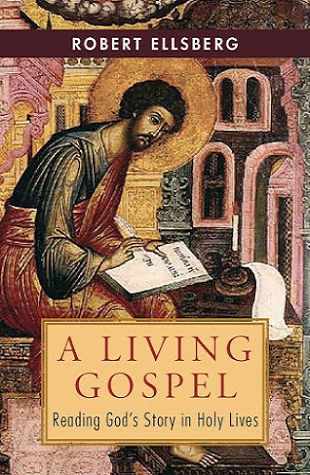