By John V. Nolan
A summary of surprising portrayals of Muhammad.

“For Victor Hugo, Napoleon appears at the banks of the Nile as a new, Western Mahomet. Hugo’s Mahomet was above all a brilliant general and a charismatic leader and Napoleon a latter-day Mahomet. Hugo was not the first to compare the two men. When Goethe heard of Napoleon’s victory at Ulm in 1806, he hailed the emperor as ‘Mahomet der Welt.’ . . . when Goethe and Bonaparte met in Erfurt, they discussed the prophet Muhammad in glowing terms and criticized Voltaire’s unfair treatment of the ‘great man.’ Nineteenth-century European debates about the prophet take place against a background of societal upheavals: Napoleonic conquests in Egypt and in Europe in the wake of the French Revolution (and his subsequent defeat); new political and social developments that call into question the traditional Christian-based political and social order; emergence of nationalism and romanticism.

“Napoleon himself sees Mahomet above all as a brilliant general who knew how to motivate his people, the Arabs, to accomplish great things — something of a role model for the emperor himself. The prophet’s eloquence, his gift of persuasion, allowed him to change the course of history. Goethe was also fascinated by Mahomet’s eloquence, but saw him above all as a poet and a prophet, indeed as one who showed how similar were the figures of poet and prophet. A host of romantic authors in Goethe’s wake (Thomas Carlyle, Victor Hugo, Alphonse Lamartine, and others) dismissed the traditional Christian polemics against the prophet, whom they presented as a sincere, virtuous visionary, one of the great figures of history. He fascinates in large part because he allows these authors to explore themes important in the romantic movement — genius, heroism, devotion — outside the constraints of Christian history.” 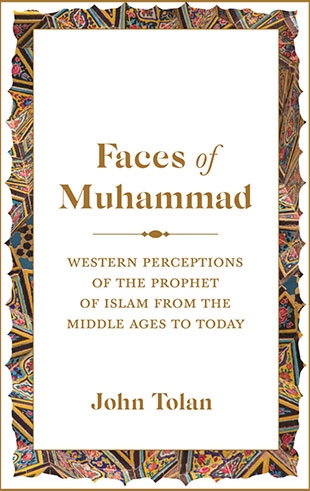