By Muhammad Mojlum Khan
Honoring unacknowledged African Muslims who were forced into slavery on the plantations of the Americas, West Indies and Europe.

“As the transatlantic slave trade lasted for almost four centuries, historians rightly consider it to be the single most horrific act of forced migration in human history. Yet very little is known about those who perished during this period, other than a handful of individuals who were fortunate enough to not only survive the ordeal, but to also tell the tale of their lives and experiences. Umar ibn Sa’id was one of them. Born around 1770 in a region bordering present-day Senegal and Gambia, he hailed from a wealthy and educated Muslim family and went on to become a teacher of Arabic and Islamic studies. Thereafter, he engaged in trade and soon established a thriving business.

“While he was traveling in pursuit of trade, he was captured and sold into slavery by the Portuguese. After a grueling journey across the Atlantic, he found himself in America at the age of 38. There, he worked in the plantations and subsequently lived with a Christian family, creating a harmonious blend between his inner Islam and Christian surroundings until his death in 1859 in North Carolina. To his credit, Umar wrote a short account of his early life, his experiences as a slave and his time spent with the American family. Written in Arabic, his autobiography consisted of only twenty-five pages which was later translated in English.

“Bilali Muhammad was another prominent Muslim to be enslaved in America. Born in the 1780s in Timbu (Timbo), the capital of the Muslim State in the Futa Djallon of Guinea in West Africa, he was brought up in a traditional Muslim family. He acquired sufficient education during his early years, hence his abilities to read, write and speak Arabic. Before his fifteenth birthday, he was captured and sold into slavery. He was first taken to the Bahamas before arriving in Georgia, America where he worked at the Spalding Plantation, which was owned by Thomas Spalding (1774-1851).

“As a devout Muslim, Bilali prayed regularly, fasted during the month of Ramadan, engaged in other devotional activities and reportedly died with a copy of the Qur’an tied to his chest. He worked hard and was later appointed supervisor of around 500 other slaves by his master. During his lifetime, Bilali also wrote a short manual of Islamic jurisprudence (fiqh) in Arabic, drawing on the well-known Risalah (Treatise) of Ibn Abi Zayd of Qayrawan (922-996) for the guidance of his fellow Muslims.

“Like Bilali Muhammad, Abd al-Rahman Ibrahim Ibn Sori was born in 1762 in Timbu and hailed from a princely family. He was highly educated, having studied Arabic and Islamic sciences in Timbuktu, Mali, but was captured by the slave traders during a military expedition; he was in his mid-twenties at the time. He was subsequently transferred to Mississippi, America and worked there on a cotton plantation before securing his release from captivity, due to the intervention of Sultan Abd al-Rahman of Morocco. He had a large family and died in Monrovia, Liberia at around the age of 67. Like Bilali, Abd al-Rahman also wrote in Arabic and composed two short autobiographies, documenting his life and career for the benefit of posterity.

“Two other individuals worth mentioning here at Lamen Kebe and Abu Bakr Sadiq. The former was born into a notable African Muslim family and received a thorough education in Arabic and Islamic sciences during his early years. He excelled in his studies and went on to be become a headmaster of a local school, of course, before he was captured and transferred to American in 1804. He was enslaved in Alabama, Georgia and South Carolina for nearly three decades. Eventually he was freed and, in 1835, he returned to Africa. Abu Bakr Sadiq, on the other hand, was born in 1790 in Timbuktu, the ancient seat of Islamic learning in Mali, Africa. He hailed from a distinguished Muslim family and learned the Qur’an as a child.

“He was barely 15 when he was captured and sold into slavery, before being shipped to Jamaica to spend more than a decade working as a slave. Like all of these individuals, thousands of other noble and educated African Muslims were captured and sold into slavery during the sixteenth, seventeenth, eighteenth and nineteenth centuries by the Europeans. As a result, they found themselves working in locations across the Americas, West Indies and Europe, and their lives, stories and tales must never be forgotten nor neglected. However, only one individual was able to transcend the untold struggle, hardship and suffering that was endured by millions of enslaved Africans at the time. He was Ayuba Sulaiman Diallo . . . .” 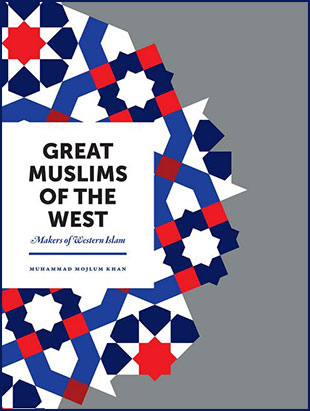