By Cornel West
Notes on the democratic tradition and a key figure in its history, Ralph Waldo Emerson.

"The deep democratic tradition did not begin in America and we have no monopoly on its promise. But it is here where the seeds of democracy have taken deepest root and sprouted most robustly. The first grand democratic experiment in Athens was driven by a movement of the demos — citizen-peasants — organizing to make the Greek oligarchs who were abusing their power accountable. Democracy is always a movement of an energized public to make elites responsible — it is at its core and most basic foundation the taking back of one's powers in the face of the misuse of elite power. In this sense, democracy is more a verb than a noun — it is more a dynamic striving and collective movement than a static order or stationary status quo. Democracy is not just a system of governance, as we tend to think of it, but a cultural way of being. This is where the voices of our great democratic truth tellers come in.

"The indisputable godfather of the deep democratic tradition in America is Emerson, a literary artist of dramatic and visionary eloquence and the first full-blown democratic intellectual in the United Sates. Emerson was an intellectual who hungered most of all to communicate to broad publics. He reveled in the burning social issues of his day (the annihilation of Native Americans, slavery), highlighting the need for democratic individuals to be nonconformist, courageous, and true to themselves. He believed that within the limited framework of freedom in our lives, individuals can and must create their own democratic individuality. He understood that democracy is not only about the workings of the political system but more profoundly about individuals being empowered and enlightened (and suspicious of authorities) in order to help create and sustain a genuine democratic community, a type of society that was unprecedented in human history. And he knew that mission required questioning prevailing dogmas as well as our own individual beliefs and biases. A democratic public must continuously create new attitudes, new vocabularies, new outlooks, and new visions — all undergirded by individual commitment to scrutiny and volition." 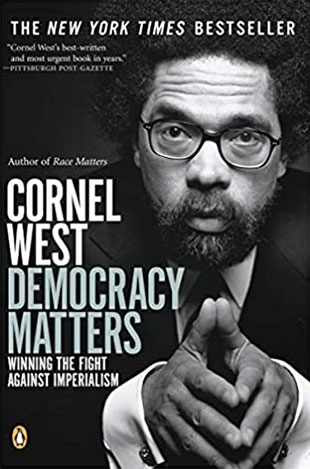