By Dorothy Day, Robert Ellsberg (editor)
A prophetic call to replace acts of war with acts of mercy.

A selection from a Catholic Worker column of January 1967

“It is not just Vietnam, it is South Africa, it is Nigeria, the Congo, Indonesia, all of Latin America. It is not just the pictures of all the women and children who have been burnt alive in Vietnam, or the men who have been tortured and died. It is not just the headless victims of the war in Colombia. It is not just the words of Cardinal Spellman and Archbishop Hannan. It is the fact that, whether we like it or not, we are Americans. It is indeed our country, right or wrong, as the Cardinal said in another context. We are warm and fed and secure (aside from occasional muggings and murders amongst us). We are the nation the most powerful, the most armed, and we are supplying arms and money to the rest of the world where we are not ourselves fighting. We are eating while there is famine in the world.

“Scripture tells us that the picture of judgment presented to us by Jesus is of Dives sitting and feasting with his friends while Lazarus sits hungry at the gate, with the dogs, the scavengers of the East, licking his sores. We are Dives. Woe to the rich! We are the rich. The works of mercy are the opposite of the works of war, feeding the hungry, sheltering the homeless, nursing the sick, visiting the prisoner. But we are destroying crops, setting fire to entire villages and to the people in them. We are not performing the works of mercy but the works of war. We cannot repeat this enough.

“When the apostles wanted to call down fire from heaven on the inhospitable Samaritans, the 'enemies' of the Jews, Jesus said to them, 'You know not of what spirit you are.' When Peter told our Lord not to accept the way of the Cross and His own death, He said, 'Get behind me, Satan. For you are not on the side of God but of men.' But He had also said, 'Thou are Peter and upon this rock I will build my church.' Peter denied Jesus three times at that time in history, but after the death on the cross, and the Resurrection and the Descent of the Holy Spirit, Peter faced up to Church and State alike and said, 'We must obey God rather than men.' Deliver us, O Lord, from the fear of our enemies, which makes cowards of us all.” 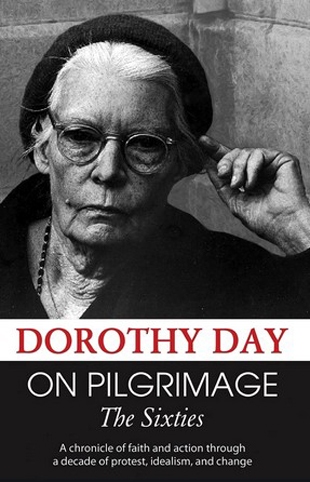