Sri Ramakrishna, The Face of Silence

This splendid volume brings together under one cover two inspired and enlightening portraits of Sri Ramakrishna (1836-1886), the great spiritual adventurer who advocated the harmony of all religions. Swami Nikhilananda's Sri Ramakrishna was originally published in 1942, and it presents a rounded biography of this Great Master. The Face of Silence by Dhan Gopal Mukerji was published in 1926, and it deals with the Ramakrishna legend and the effect he had on his disciples. This was the first book written in English to introduce this Eastern seer to America and the West.

In his well-done introduction, Swami Adiswarananda gives a succinct overview of Sri Ramakrishna as an unknown temple priest yearning for a direct vision of a living God, a spiritual man whose life was consumed with the presence of the divine, a messenger of the common goals of all religions, a prophet of God-consciousness, and a forerunner of all who believe that it is time to give proper honor and devotion to the Divine Mother.

Sri Ramakrishna practiced the disciplines of different schools of Hinduism and then went on to an in-depth exploration of Christianity and Islam. He once said, "As many faiths, so many paths." His all-embracing God-consciousness was not dependent upon any religious dogma, but rested instead on sincerity of purpose and purity of heart. Ramakrishna saw God in everything and everything in God.

In Nikhilananda's book, we read: "Bowing before even a fallen woman, he would say, 'You are the manifestation of the Divine Mother. In one form you are standing on the street and in another form you are worshipped in the temple. My salutations to you.' Seeing drunkards in a grog shop, he would be overwhelmed with divine inebriation." No wonder so many flocked to be near Sri Ramakrishna: his God-consciousness was "vivid, direct, and dynamic, a blazing fire of divinity that purified and transformed everyone who came near it."

Renouncing lust and gold, this prophet was totally focused on one thing. His golden rule was "see and serve every living being as the absolute God." Rituals and prayers were only good as long as they made the heart sing with joy; if they didn't accomplish this purpose, they could be thrown out. Both of these biographies share some of the impressions those closest to Sri Ramakrishna had of him. 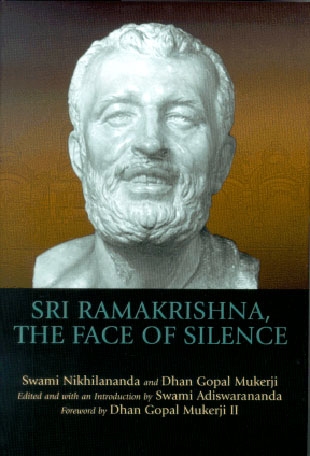