Passion for Peace Reflections on War and Nonviolence

By Thomas Merton
Prophetic writings against war and violence and defending nonviolence as a Christian way of life.

Editor William H. Shannon states in the introduction to this collection of essays on war and violence by Thomas Merton that the famous writer was uncomfortable with the role of prophet yet felt compelled to speak out against what he saw as the gravest threat to the planet. This Trappist monk was convinced of three things: war must be totally outlawed, war should be opposed by nonviolence, and nonviolence can be practiced in all arenas of life. Commenting on the prison writings of Father Delp, Merton wrote:

"Christ our Lord did not come to bring peace as a kind of spiritual tranquilizer. He brought to his disciples a vocation and a task: to struggle in the world of violence to establish His peace not only in their own hearts but in society itself."

This collection of articles is divided into two sections. The first contains "The Root of War Is Fear" and "Nuclear War and Christian Responsibility" written in 1961 and 1962. The second contains a broader range of material including essays on Adolf Eichmann, Mahatma Gandhi, Thich Nhat Hanh, the Christian Roots of nonviolence, Auschwitz, and the Vietnam war. Merton is eloquent in his defense of peace and nonviolence. 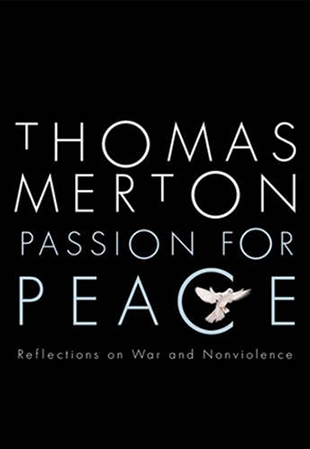