By Victor M. Parachin
Models hospitality as a way for Christians to enrich their faith with the principles and practices of Eastern religions.

It is wonderful to know that there are Christians all over the world whose faith enables them to be hospitable to the truth and wisdom of other religions. Victor M. Parachin, an ordained minister in the Christian Church (Disciples of Christ) and author of Prayers Around the World and Across the Ages, has assembled this engrossing collection of principles and practices from Eastern traditions. He believes that the thirst for deeper ways of living and being and the increasing visibility and access to Zen centers, Buddhist cloisters, Hindu temples, and Taoist study groups have led many Westerners to "a greater appreciation for spiritual interdependence and a growing conviction that the teachings of Christianity can be energized by many insights of the Eastern religions." This paperback includes many teaching stories and drawings by Jason K. Dy.

From Awareness to Zen, Parachin's handbook offers a treasure trove of resources to enrich our spiritual lives. Here are some of the topics covered:

• Attachment: Letting go of our attachment to pain.
• Chakras: Harnessing the energy within.
• Divinity: Discovering the divinity within.
• Gatha: Taming the mind to become more focused.
• Kindness: Uniting the world through kindness and love.
• Openness: Cultivating an open mind.
• Practice: Practicing the Eightfold Path in daily life.
• Reverence: Expanding reverence for life.
• Virtues: The value of virtue.
• Xenophilia: Having an open heart for the stranger.

To give you a sample of the high quality of the material in Eastern Wisdom for Western Minds, here is a teaching story about reverence:

"Consider the encounter two little American boys had with an elderly Buddhist monk, who was visiting the United States from Thailand. Because of the monk's reputation as a meditation teacher, he was asked to offer a series of classes. . . . Following the lecture, the monk and the woman were conversing as the children watched with some boredom. A mosquito landed on the monk's arm and began to probe for blood. Someone was about to whisk it away when the monk shook his head, saying quietly, 'it takes so little.'

"The young boys, who had been disinterested in the event, suddenly focused intensely on the monk. Evidently, the thought of not killing a biting mosquito had never occurred to them. The monk, noting their interest, used the moment to instruct them in the philosophy of reverence for all life. Addressing them directly, he said, 'All living things wish to live and be happy.' "

Try a Spiritual Practice on Forgiveness 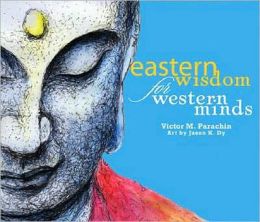