Grist for the Mill

By Ram Dass, Stephen Levine
A challenging and enlightening collection of speeches and lectures by Ram Dass on his spiritual journey.

Ram Dass is the bestselling author of Remember, Be Here Now and Journey of Awakening. Born Richard Alpert, his spiritual search took him from being a Harvard professor of psychology to the Himalayas. In India, he found his guru and was given the name Ram Dass, which means "Servant of God." He returned to the United States and became a meditation and workshop leader. Stephen Levine is the former director of the Hanuman Foundation Dying Project and one of the foremost experts on death and grief in the world. In this revised version of a book originally published in 1976, the authors presents edited transcripts of speeches, lectures, articles, and retreats. Ram Dass begins with an explanation of Namaste:

Ram Dass makes it clear at the outset that what he has to say on these pages is "that which is universal to all that lives in the true spirit." We are all beings "going to God" and each one of us has a different path to take. No matter what our vocation or work in life, it is up to us to be the living spirit of Christ or Buddha or Krishna or Tara. But at the same time, the challenge is to avoid being "phony holy" — appearing holier than we are. Ram Dass shares an account of a bad experience with a woman guru where he got his "karmauppance." On the other hand, he reveals the guiding prescription for his life received from Maharaj-ji: his guru: Love, Serve, and Remember.

After offering a guided meditation, Ram Dass gives some thoughtful answers to very tough questions on interpreting dreams, neurotic habits, the judging mind, opening your heart, sexual desire, and more. The book ends with chapters on dying as an opportunity for awakening, freeing the mind, and God and Beyond. We will leave you with a sample of Ram Dass' spiritual insight:

"The universe is made up of experiences that are designed to burn out our reactivity, which is our attachment, our clinging, to pain, to pleasure, to fear, to all of it. And as long as there are places that we're vulnerable, the universe will find ways to confront us with them. That's the way the dance is designed. . . . And we get so that we're perfectly willing to do whatever we do — and to do it perfectly. It's like Mahatma Gandhi gets put in jail and they give him a lice-infested uniform and tell him to clean the latrines, and it's a whole mess. And he walks up to the head of the guards and he says, in total truth, 'Thank you.' He's not putting them on or up-levelling them. He's saying, 'There's a teaching here, and I'm getting it; thank you.' What's bizarre is that we get to the point where somebody lays a heavy trip on us and we get caught, and then we see through our catch-ness and we say, 'Thank you.' We may not say it aloud because it's too cute. But we feel 'thank you.' People come up and are violent or angry or write nasty letters or whatever they do to express their frustration or anger or competition, and all I can say is thanks." 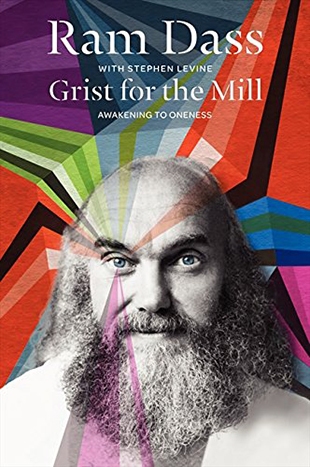