The Naked Now Learning to See as the Mystics See

By Richard Rohr
A challenge to the world's religions to foster mysticism, nonduality, and the contemplative mind.

Richard Rohr is a revered speaker, a million-selling author, founder of the Center for Action and Contemplation, a regular contributor to Sojourners and Tikkun, and one of the Living Spiritual Teachers profiled on this website. He is the author of many books including Everything Belongs.

In this timely, cogent, and enlightening volume, Rohr challenges Christians and other spiritual seekers to give up the either-or dichotomies of dualistic thinking and to turn to another "software" for dealing with the big issues of death, love, infinity, suffering, God, and war. This alternative vision has at various times been described as mysticism, contemplation, prayer, or pure presence.

Rohr takes his hat off to mystics and describes them as having moved "from mere belief systems or belonging systems to actual inner experience." These inner explorers are willing to surrender to the gift of grace that has opened their hearts "to the naked now of true prayer and full presence." They realize that although God is unspeakable, the divine is at the same time as close and as accessible as our breath. "Oneness is no longer merely a vague mystical notion, but a scientific fact." Thanks to their third-eye vision of understanding, mystics are able to grasp the big picture.

Rohr claims that Jesus was the first nondualistic religious teacher of the West and is one who would surely understand and affirm the nonpolarity thinking of Hinduism, Buddhism, and Taoism. Along with Native religions, these three traditions emphasize the overcoming of conflicts and oppositional thinking by conversions of the heart, mind, and emotions. They are more concerned with this world than the world to come.

In contrast, the traditional accent of the monotheistic religions (Christianity, Judaism and Islam) on individual salvation and "us" versus "them" thinking has led to elitism, ethnic hatred, war, violence, homophobia, poverty, and the savaging of animals and the earth. Much of this conflict stems from the judging mind which ranks and excludes in its quest for certainty. Rohr laments the resistance to the radical change that Jesus proclaimed and embodied in his teachings on nonviolence, a simple lifestyle, love of the poor, forgiveness, love of enemies, inclusivity, and compassion.

The author celebrates what he calls "a renaissance of the contemplative mind, the one truly unique alternative that religion has to offer the world." He discusses how the contemplative mind approaches faith, great love, suffering, paradox, mystery, being awake, and leadership. One of the major hallmarks of this spiritual path is the "Principle of Likeness." Here's how Rohr explains it:

"The enormous breakthrough is that when you honor and accept the divine image within yourself, you cannot help but see it in everybody else, too, and you know it is just as undeserved and unmerited as it is in you. That is why you stop judging, and that is how you start loving unconditionally and without asking whether someone is worthy or not. The breakthrough occurs at once, although the realization deepens and takes on greater conviction over time."

Imagine what would happen in America and around the world if Christians abandoned dualistic thinking and began to live out the radical teachings of Jesus that have been ignored. Imagine what would happen if governments would be prodded by the world's religions to practice the contemplative mind and move beyond the need for war, demonizing of the enemy, and "us" versus "them" thinking! 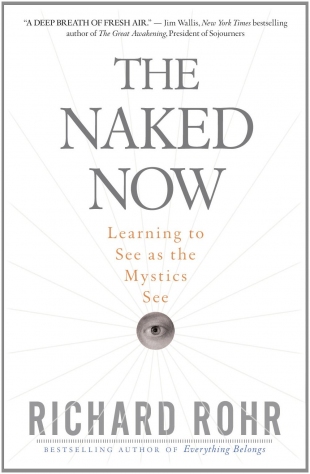