By James Calvin Davis
A challenge to religious communities to model civility and to enrich political discourse in America.

The Republicans' use of "moral values" as a weapon against Democrats in the 2000 and 2004 elections brought political dialogue to an all-time low with smear campaigns and a refusal to deal with the real issues of the day. James Calvin Davis, Associate Professor of Religion at Middlebury College in Vermont and author of The Moral Theology of Roger Williams, lays out the background for these toxic elements in politics with a survey of the right wing's claim that America is a "Christian nation" whereas the opposition has emphasized the separation of church and state. The author suggests that religious people can offer another option by bringing to the table of public political debate seven helpful perspectives that would enlarge the context for thinking about moral issues; they could give voice to the "quiet middle" rather than the divisive extremes.

Davis takes on the challenges of "rethinking" four major issues for Republicans: abortion, embryonic stem-cell research, euthanasia, and gay marriage. He goes on to look at three other political issues: war, environmentalism, and the economy. Davis leaves the best for last in a brief chapter on civility which he defines as "the exercise of patience, integrity, humility, and mutual respect in civil conversation, even (or especially) with those with whom we disagree."

There is general agreement that the political parties and the media have failed miserably to promote civility in public discourse. But the rejuvenation of this virtue in American life could be spearheaded by religious groups. Although many religious communities have fallen far short of this noble ideal, they do offer the culture a model which could prove to be helpful: they help us to think ethically; they respect differences by promoting dialogue and not necessarily agreement; and they keep the big picture in mind rather than only emphasizing present-day concerns.

We would go a step further by suggesting that religious communities can serve as workshops for the cultivation of character, moral excellence, and kindness — all antidotes to the incivility, rudeness, road rage, hate crimes, and selfishness afoot in the society. Churches, synagogues, mosques, and temples already have rich traditions of spiritual practices which can be taught to young and old alike. 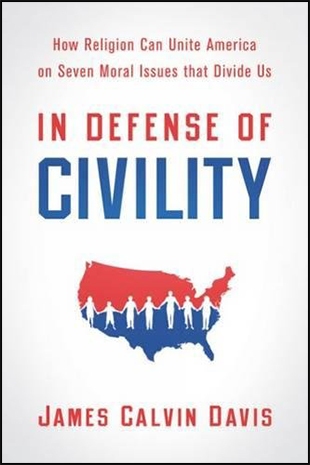