Into the Heart of Life

By Jetsunma Tenzin Palmo
An incisive overview of Buddhist essentials from the perspective of a woman with 40 years of spiritual practice.

"Life is unsatisfactory because it is always changing. It doesn't have the solid core which we always hope to grasp. We want security, and we believe that our happiness lies in being secure. And so we try to make things permanent," writes Jetsunma Tenzin Palmo, one of the first Westerners to be ordained as a Buddhist nun. The international bestseller Cave in the Snow charts her 12 years of seclusion in a remote cave. She has established Dongyu Gatsai Ling Nunnery in India.

In this paperback, Palmo presents an incisive overview of Buddhist essentials from the perspective of her 40 years of spiritual practice. In this era of noisy confrontations, war, me-first activity, and ethical misconduct, we need this kind of wisdom. Each of the nine sections of the book contains a question & answer session with the author.

Karma has been widely misunderstood in the West. Palmo sees it as the intentional seeds planted in the past which sprout into our current actions. Other factors play into it as well:

We were impressed with Palmo's discussion of the eight worldly concerns that grow out of our "I and mine, I and me" mind. We strive to gain acknowledgement, pleasure, praise, and reputation, and we try to avoid their opposites. We take the eight worldly concerns everywhere and they color our relationships, work, and private life. The challenge is to confront and deal with them in our minds.

Other subjects dealt with in this paperback are renunciation, the steps of meditation, challenges as opportunities, the six perfections, putting others before ourselves, faith and devotion. In the last chapter, Palmo ponders "Practicing the Good Heart," which is a sign of spiritual maturity. It is a practice of opening to others and the sorrows of the world. In addition, having a good heart is opening to the wisdom and compassion that lies within us. 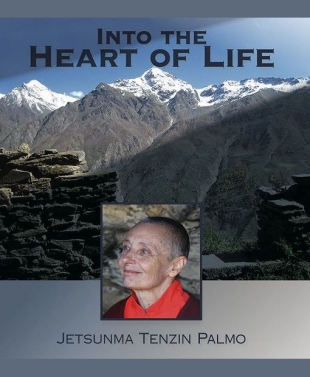