Apprenticed to Spirit The Education of a Soul

By David Spangler
A spiritual memoir about the author's 27-year relationship with a teacher and mentor from the non-physical world.

David Spangler has been a spiritual teacher since 1964. From 1970-1973, he was co-director of the Findhorn Foundation in Northern Scotland; then in 1974 he co-founded the Lorian Association. He is also a Fellow of the Lindisfarne Association, a gathering of scientists, mathematicians, artists, spiritual and religious teachers, ecologists, and political scientists, all interested in promoting a new culture based on holistic Gaian values. David Spangler is profiled at Spirituality & Practice as one of our Living Spiritual Teachers. He is the author of numerous books including The Call, Blessing: The Art and the Practice, and Parent as Mystic, Mystic as Parent.

In this spiritual memoir, David Spangler, one of the movers and shapers of the modern New Age movement, shares the amazing story of his rich and rewarding spiritual journey from childhood until the present day.

In 1964, when he was 20 years old, he dropped out of Arizona State University where he had been pursuing a bachelor of science in biochemistry. He writes that he "recognized that my heart's calling was not for the laboratory but to share with others the reality of the spiritual realms." He admits that he had as a young boy access to non-physical presences and vast "inner worlds." Growing up in the exotic world of Morocco added drama to his experiences with the invisible realms of spirit. It was there in 1952 at the age of seven that Spangler had his first mystical experience of unity with a larger state of being. Then in 1965, he met "John" who would serve as his spiritual teacher from the invisible world for the next 27 years.

Spangler's calling and mission was to help usher in an emergent spirituality of personhood and incarnation. John did not speak with words but through energy and imagery. Spangler elucidates three lessons he learned from this mentor:

1. Just say No!
2. Cultivate a loving mind
3. Learn to be a spiritual teacher.

Some of the author's education takes place through "field trips" where he rides piggyback on John's mind to various places.

Spangler writes about his work with the Findhorn community in Scotland with Peter and Eileen Caddy and Dorothy Maclean. It was a special place made famous by its garden which was nourished and sustained by angelic presences called devas. After three years there as co-director of the community and founder of its education plan, Spangler became involved with Lindisfarne, an organization dedicated to the development of a holistic consciousness among a diverse group of people. In 1973, he and several colleagues formed the Lorian Association, a non-profit spiritual education foundation where he presently teaches.

Spangler is grateful to John for all the training in inner work and inspiration that he has provided over the years. In the "Epilogue, "the author writes about the legacy of this teacher and partner:

David Spangler can be contacted through his website at www.davidspangler.com. 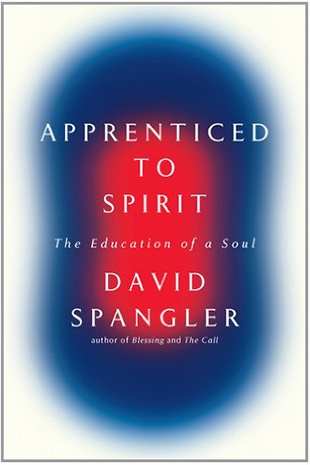