By Ali Merad
Tribute to a French priest who showed us how to be graceful guests in the house of Islam.

In this inspiring paperback translated from the French with a foreword and afterword by Zoe Hersov, Ali Merad, a professor of Arabic literature and civilization a the University of Lyon, pays tribute to Charles de Foucauld (1858 — 1916), "the Christian hermit of the Saraha." This zealous monk's life of solitude and service led to the founding of the Little Brothers of Jesus in 1933.

Ali Merad, a Muslim, is impressed with Foucauld's relationship with the Tuareg, the most warlike of all the desert tribes. These poor but proud nomads taught this outsider their language, history, and folklore. Although a believer in colonialism, Foucauld tried to mediate between these Bedouin people and the French army. Merad believes this Christian espoused the authenticity of the Gospel message by his deeds of humility, charity, and gentleness. These attributes are also at the heart and soul of the Islamic faith.

Merad concludes: "Charles de Foucauld seems to have been called by destiny to be a mystical witness to Jesus before Islam." The translator, Zoe Hersov, goes further; he claims that this French priest has shown us how to be graceful guests in the house of Islam. 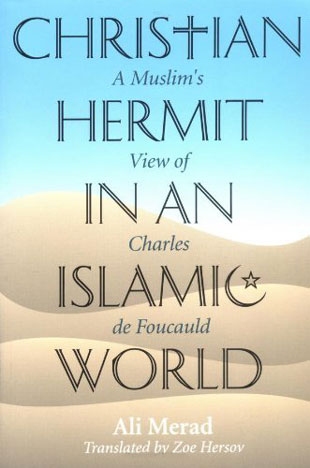