By Stephanie Dowrick
A celebration of the creative genius of Rainer Maria Rilke, his spiritual quests, and his always interesting poetry.

Stephanie Dowrick is a writer and interfaith minister whose interests include a variety of literary, ethical, and spiritual topics. In this maverick work, the author plunges into the manifold writings of Rainer Maria Rilke (1875 - 1926). He believed in the power of poetry and in art as a "cosmic, creative, transforming force." He also conveys the interplay between art and life: " 'I do not want to tear art from life,' Rilke wrote. 'I know that somehow and somewhere both belong together.' "

For this poet God is presence and absence, solace and abandonment, leaving plenty of room for his readers to measure their faith in comparison with his. Dowrick finds Rilke's The Book of Hours to be "the most God-soaked, personal, and personally inspired of Rilke's work." In addition, we learn of his relationships with women, his dissatisfaction with a childhood where he was victimized, and his illness and death at the age of 53.

In chapters that mirror her growing and glowing respect for Rilke, Dowrick mines the spiritual meanings of his poetry and philosophical musings expressed in yearning, ways of knowing, seeking beauty, mysticism and the holy, the search for God, and "The Open." She mimics Rilke's admiration for "deep looking" as she plumbs the depths of these themes. Near the end, she quotes a friend named Rudolph Kassner who said of Rilke, "[He] was the most fascinating human being he ever met, that he remained a poet even when he was washing his hands." The same creative genius shows up in these pages. 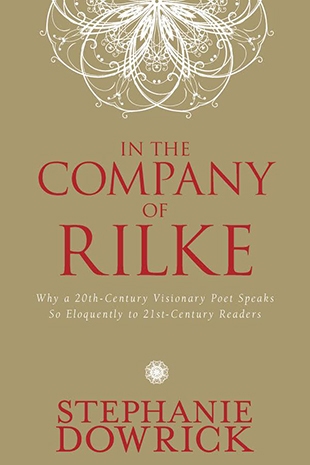