Gandhi and the Unspeakable His Final Experiment with Truth

By James W. Douglass
A sobering and substantive work on the life and legacy of Mahatma Gandhi.

James W. Douglass is a scholar, a peace activist, and author of many books including JFK and the Unspeakable: Why He Died and Why It Matters. In this sobering and substantive work, he zeroes in on another great man whose life and mission were cut short by an assassin's bullets. Douglass has respect for Mahatma Gandhi's brave and unprecedented efforts to reconcile Hindus and Muslims in India. It was this spiritual task along with his philosophy of nonviolent change which earned the ire of Hindu nationalists who orchestrated his death on January 30, 1948.

Gandhi's early "experiments with truth" came in South Africa where he tested his practice on nonviolent protests. He had several close encounters with death and since a child had used the mantra "Rama" (God) to chase away his fears. Repeating the word became his spiritual practice, and it was known among his close associates that he wanted "Rama" to be on his lips when he died. His wish was fulfilled; those closest to him heard him say the mantra as he fell to the ground.

Gandhi summed up his vision of freedom through nonviolence in three words: "Do or die." He modeled for future generations of peace activists the art of resisting injustice nonviolently, lovingly, and openly. Those who followed on this path must be willing to suffer the consequences to the point of death.

Gandhi knew his assassins and they were virulent anti-Muslims who believed in violence to accomplish their goals of Hindu nationalism. But their assassination of Gandhi turned against them when the communal violence ended as a tribute to Gandhi's life work. And, of course, his legacy of nonviolence spread all over the world and lives in the hearts, minds, and protests of all true believers in peace, justice, reconciliation, and forgiveness. 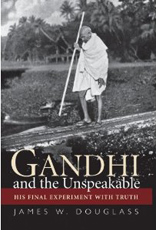