Happier Endings A Meditation on Life and Death

By Erica Brown
A substantive meditation on death and dying.

Erica Brown is a well-known writer, Jewish educator, and former director of the Jewish Leadership Institute. Her book Happier Endings utilizes both modern medicine and ancient spiritual traditions to help readers approach their own end as well as the deaths of loved ones. She is convinced that more people should approach the topic of mortality without fear and denial.

Statisticians put the number of people who die each year at 56 million. That comes out to 153,000 deaths a day, 107 deaths per minute. Death speaks to some of us, and to others it whispers quietly in the background of our consciousness. Either way there is no escaping it. Brown has done a remarkable job in presenting a rounded and detailed meditation on life and death. Here you will find ample material on the fear of death, the many ways it has become a business, pondering the afterlife, the stages of dying, learning from grief, and using death to change your life.

Brown gives us plenty of insights into the roles religions play in death and dying. She writes about the centrality of death in Buddhist thought and the concept of bardo, the Jewish view of the soul as released from the body at the end of life, the ancient Japanese ritual of encoffinment as depicted in the film Departures, the purification of the body in Islamic death rituals, and the Hindu tradition of cremation.

In a pop culture vein, Brown salutes the bucket lists made by various people on www.bucketlist.org where you can compare yours with others.

Whether reflecting on the closing words of a dying person, the last apology, or the value of writing an ethical will, the author pays tribute to meaningful acts which give dignity to the harsh realities of death and dying. 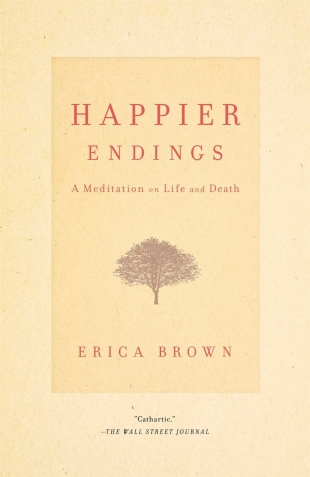