Dignity for All How to Create a World Without Rankism

By Pamela A. Gerloff, Robert W. Fuller
A down-to-earth and accessible guidebook on moving beyond rankism.

In this down-to-earth and accessible guidebook, Robert W. Fuller and Pamela A. Gerloff declare that the time has arrived for individuals across the globe to take action and create a dignitarian world. Here are a few of the tools that can be used to open locked doors:

1. rankism as a word which people can rally around;
2. a mass communication system that enables ideas to spread quickly;
3. the concept of rankism because everyone can give instances of it in their own lives.
4. Concrete steps to halt rankism's impetus, which will emerge once it has been exposed.

Fuller and Gerloff see those who are speaking out for dignity right now as "trailblazers." Studs Terkel hits the nail on the head when he says that "rankism is far more encompassing than racism, sexism, or ageism. Rankism must be our prime target now." The fallout from this social toxin is widespread, and we are now witnessing the courage of men and women who are standing up to rankist attitudes and behavior. 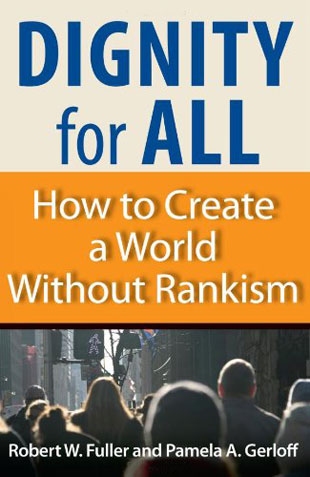