By Peter Samsel
More than 550 sayings from the Qur'an, the Hadith, and Sufi writers.

The Sufi tradition is a treasure trove of spiritual wisdom. Peter Samsel, an independent scholar interested in metaphysics, science, symbolism, and art, has edited this paperback. It includes:

Samsel calls the Path of Unity "the thread of return that runs through the Sufi tradition." It is made up of four stages: the affirmation of Unity, as witnessed in the testimony of the Shahadah; the discernment of Unity as outlined in the metaphysics of tawhid; the concentration upon Unity which is revealed in the practice of dhikr; and the realization of Unity, as presented in the experience of fana and baqa.

The author has chosen mostly short passages from a wide range of resources, including aphorisms, poetry, table talks, letters of guidance, lives of saints, texts of spiritual instruction, and treatises of doctrine.

Here is a sampler of quotes from this superb collection

"Sufism is looking in one direction and seeing One."
— Abu Sa id Ibn Abi' I-Khayr

Just when you least expect it,
suddenly the veil is lifted.
The remedy arrives in time.
Let's see what the Lord does.

What did Yunus do?
What did he do?
He found a straight Path,
held the hand of a guide.
Let's see what the Lord does."
— Yunus Emre

"I have prayed so much that I myself turned into prayer —
Everyone who sees me begs a prayer from me."
— Jalal ad-Din Rumi

"Leave aside your self and come!"
— Bayazid al-Bistami

"They move as God causes them to move, and their words are the words of God which roll upon their tongues, and their sight is the sight of God who has entered their eyes."
— Dhu'l Nun al-Misri 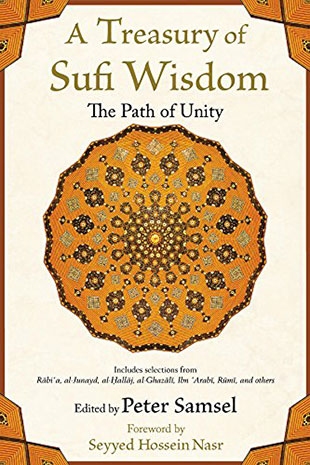