The Metaphysics of Ping-Pong Table Tennis as a Journey of Self-Discovery.

By Guido Mina di Sospiro
An alluring work on the spiritual practice of play.

Guido Mina di Sospiro has been attracted to table tennis since childhood and now regularly plays competitively. What he likes most about the game is "how magical it was to spin that little ball; and make it fly and bounce on the table and off the opponent's racket in mysterious ways."

Table tennis is the second largest participatory sport in the world after soccer. This "humble" game is both cerebral and snappy, drawing on a person's physical and mental prowess. Mena di Sospiro ponders table tennis and its relevance to the I Ching, the Taoist Way, Sun Tzu and Chaos Theory. He points out its value as an intensely aerobic exercise that improves hand-eye coordination. He reveals that the reason the best table tennis players are from East Asian countries is because calligraphy is "revered as he purest of arts" there and advanced table-tennis players do not just hit the ball, they brush it. He postulates that if humankind played more ping-pong there would be "less hostility in the world and probably fewer wars."

All of his stories, the philosophizing, and the commentary on competition, combine to make the case that the best ping-pong players are so involved and so in touch with their bodies, movement, and the game that they are able to enter into a genuine state of spiritual grace. Mena di Sospiro has written an alluring work on everyday spirituality and the significance of play. 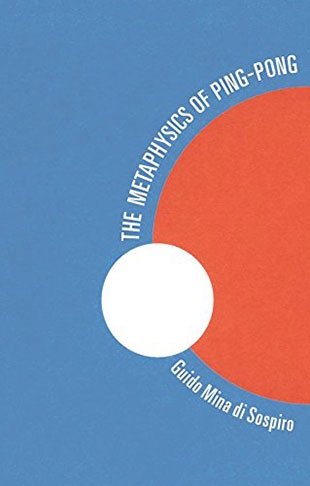