So Much Things to Say The Oral History of Bob Marley

By Roger Steffens
A fascinating look at the life and musical career of the reggae legend and teacher of unity and spiritual vitality.

Bob Marley lived only 36 years but managed to make a rich, productive, creative, and meaningful contribution to the world. He founded and popularized reggae music. He espoused Rastafarian religion and proclaimed the spiritual practice of the unity of all peoples. More than 20 million of his records have been sold, and Marley is recognized as one of the greatest singer/songwriters of the twentieth century!

Roger Steffens' impressive and enlightening oral history of this master musician contains interviews with more than 75 friends, family, and a large crosscut of individuals who played with him, promoted his albums, and arranged his concerts. His dramatic and strange rhythms come to the fore in accounts and commentaries about Marley's incredible work ethic, his early life in Jamaica as a poor boy, his repeated role as an outsider, the sexual assault of his wife Rita by singer/songwriter Peter Tosh, the weird mysteries surrounding an assassination attempt, the discovery that he had melanoma and his search for nonconventional treatments, the secrets to this singer-songwriter's energized stage performance, and his financial generosity. 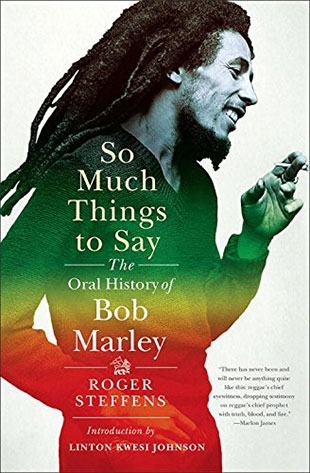