By Elizabeth A. Johnson
A theologian's argument for a cosmic redemption in a time of ecological devastation.

Elizabeth Johnson is a Sister of St. Joseph and a Distinguished Professor of Theology at Fordham University. She is profiled in S&P's Living Spiritual Teachers Project. Her book She Who Is has been seen by many as a pioneering work in feminist theology. In Quest for the Living God, Johnson presented an overview of the Christian understanding of the Trinity along with new ideas of God that have arisen from attempts to deal with the darkness of the Holocaust, the struggles of the poor for social justice, and the efforts of women to achieve equal human dignity. In 2011, Johnson came under fire from the doctrinal committee of the U. S. Conference of Catholic Bishops for not strictly adhering to official Catholic teaching.

In this path-breaking book, Johnson makes a good case for the idea that salvation is not purely a human affair and that it also applies to bears, trees, or stones. The opposite view was set into Christian tradition by the eleventh century theologian Anselm of Canterbury whose dualistic "satisfaction theory" of salvation has underplayed the redemptive love of God for the beloved creation; instead it emphasizes Jesus' death on the cross as atonement for human sin. Johnson questions this focus, promoting a "cosmic redemption" in a time of ecological destruction.

Using a question and answer format in dialogue with an interlocutor named Clara, Johnson the author wrestles with Anselm's arguments, then moves on to explore a "creating God who saves," ways to understand Jesus, various new metaphors based on scripture, the meaning of "deep incarnation," and conversion of the heart and mind.

The book ends on a high note of wonder:

"Clara. The Bible certainly gives us food for thought about the mutual relation between God and all living beings. I'm thinking that to perform this thought experiment successfully, it's probably best to look upon a single creature and try to fathom its relationship with God. Converse with a cat, contemplate a tree, marvel at a crow. Whether we settle on predator or prey, and many creatures are both, we need to feel our way into the community of creation and its relationship to God.

Elizabeth. Let our imagination be guided by this mantra-like verse: "God is good to all, and compassionate over all that he has made" ( Ps 145:9). 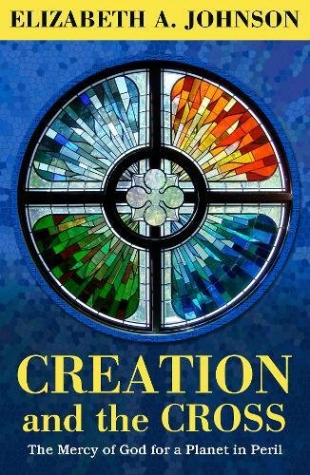