By Elizabeth L. Hinson-Hasty
An ethical perspective on the gap between the rich and the poor.

Elizabeth Hinson-Hasty is Professor of Theology and Chair of Department of Theology at Bellarmine University in Louisville, Kentucky. She is the author of two books on ethics. To begin, she quotes Forbes.com which reported in 2015 that "the list of the richest people on the planet expanded to a second 1,826 billionaires; the majority on the billionaire list are from the United States, but Chinese entrepreneurs made serious inroads."

In response to these sobering statistics, Hinson-Hasty, speaking out of a progressive Christian perspective, calls for "a reframing of the public debate over the wealth divide from a theological perspective [that] invites an alternative social logic informed by a much richer picture of human beings and our limits and responsibilities as we live in interdependence within a much larger web of life."

The chapter titles give a good overview of the subjects she covers: The Problem Is Wealth, Not Poverty; Economism and the Ethic of Scarcity; Digging for Roots to Nourish an Ethic of Enough; and increasing the Theological and Moral Imagination of the US Middle Class. In a fascinating chapter on ecocentric and theocentric visions of economy in the world's religions, she explores Native American reciprocity; Buddhist economics; Jewish practices such as the sabbath, debt release, and Jubilee; and Islam's prohibition of riba (usury) and the practice of zakat (almsgiving).

Most helpful for those preparing workshops or talks about reframing our attitudes toward wealth is a chapter of teaching stories. See the excerpt for one about the commons. 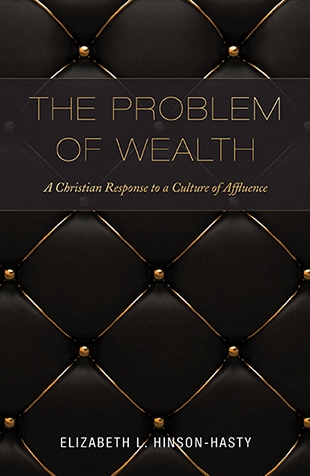