By Philip Gulley
A witty and wise affirmation of faith that is open, expansive, playful, questing, and hospitable.

Philip Gulley is a Quaker pastor, writer, and speaker from Danville, Indiana, who melds his progressive faith with large doses of humor and everyday spirituality. He grew up in a home where his mother was an ardent follower of the One True Church of Catholicism and his father was a rigid small-town Baptist.

Over the years, Gulley had to unlearn the constricting, judgmental, and closed-minded beliefs, behaviors, and doctrines of those around him who were zealous in their attacks on doubt, openness, toleration, and holy playfulness. The chapters in this rousing work are organized around the author's experiences of unlearning:

"Once we decide to be people of faith, we simultaneously commit ourselves to growth and change. We may not realize that at the time, but changes of mind and heart are part and parcel of our spiritual journeys. Avoid those persons who claim always to believe the same thing and demand you do the same. What they are really saying is that they have refused to permit their encounters with God to reshape their lives.

With subtle gusto, Gulley discusses love as the hub of his faith and affirms it as an antidote to doubt, sexism (including the absence of women in church leadership positions), the repressive tendencies of religious institutions, the image of God as an angry father, the dangers of feeling saved, the negativity of believers who have placed so many restrictions on behavior, the reduction of sex to "a perilous, sordid act," the idea that God and America are thick as thieves," and an eschewing of God's embrace of those who follow a different path than we do. There are many more chapters with the same breadth and depth.

Gulley sums it all up in this sentence: "The problem with theological certainty is its tendency to harden our hearts, making openness to fresh insights and deeper truths nearly impossible." 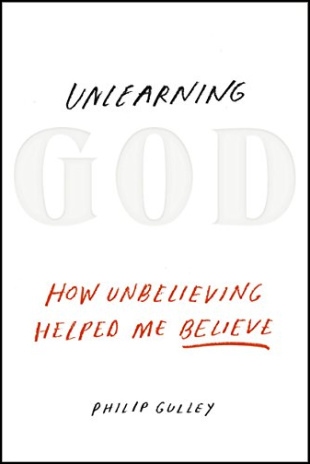