By Pope Francis
A wide-ranging interview with Pope Francis addressing the hopes and dreams of youth.

Pope Francis continues to reach out to all the different Catholic believers. In this lively and uplifting paperback, he uses a question-and-answer format to address some of the major issues of the day. He wisely creates bridges to help connect the generations:

"Young people ask to be heard, and we have a duty to listen to them and to accept them, to not exploit them. There are no excuses for that."

During adolescence, ethical boys or girls must try to courageously deal with actions, attitudes, and ideas that call for their resistance. Pope Francis admonishes his audience to reject environmental destruction and the habits and policies that contribute to climate change.

We salute his admission, "I think nuclear weapons should be destroyed immediately." The pope is under no illusion that this will happen any time soon due to narcissistic culture, endless war, and the nationalism which selfishly sees itself as the center of the world. Pope Francis identifies the three roots of evil as greed, vanity, and pride.

Taking a cue from St. Thomas More, the Pope admonishes youth to balance their efforts to create a better world with a sense of humor.

It is interesting to see that His Holiness the Dalai Lama also affirmed the importance of smiles and laughter in this war-torn world. 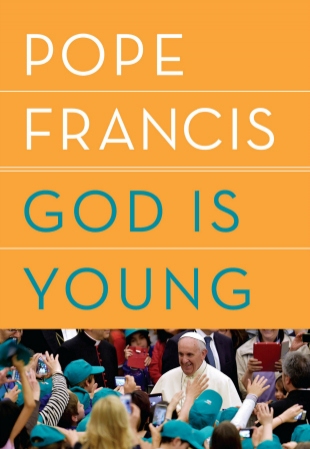