The Spirit of Community Rights, Responsibilities, and the Communitarian Agenda

By Amitai Etzioni
An outline of recommendations to improve civic life from the founder of the Communitarian movement.

Amitai Etzioni has been the major voice behind the Communitarian movement, which one academic has described as "one part church sermon, one part reassertion of old values, one part political campaign, and one part social movement." That's not a bad overview of the agenda put forward in these pages.

Etzioni wants to steer clear of the extreme positions of both authoritarians and radical individualists. Among his ideas for restoring a sense of civic responsibility in American society are setting up sobriety checkpoints on highways, reducing the role of private money in public life, teaching character education in schools, and creating a year of national service for all. 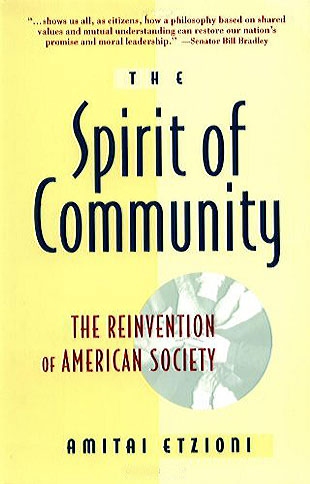