By Tim Schenck
A spiffy paperback meditation on the rich spiritual connections between religion and coffee.

Tim Schenck is a very entertaining Episcopal priest who serves as pastor of St. John's Episcopal Church in Hingham, Massachusetts and is the creator of the popular online devotion Lent Madness. In this clever and spiritually informative paperback, he explores the many connections between coffee and religion.

As the three quotes above reveal, this very common yet exotic drink has generated dialogue, intimate conversations, and even sacramental meanings among Jews, Christians, and Muslims. Schenck shares some fascinating "Coffee Creation" stories from the Islamic tradition, then relates his own experiences as an avid coffee drinker; he hits the road to visit coffee roasting monks in Pennsylvania, savors expresso in Italy, and tours a Nicaraguan coffee farm.

While we were living in New York City, a large and wealthy church wanted to open a space outside their own building to attract young seekers; they figured with coffee as a draw, they could get the "unchurched" into their space and eventually their programs. Unfortunately, not long after they finished renovating their coffee house, Starbucks opened a new place just three doors down. Suffice it to say, any connection between religion and coffee could not overcome the familiarity of a major franchise.

Still, there are plenty of precedents for coffee engendering communities. In this thought-provoking passage, Schenck begins with a meditation on church coffee hours and ends with the power of coffee to have such an awesome impact on our relationships:

"Few things unite worship experiences across denominations and faiths like the post-liturgy coffee hour. This 'liturgy' following the liturgy adds an essential exercise in building community. In most congregations, during the worship itself people sit in pews or chairs facing the front. It's understandable as that's where the action is. Whether it's the preacher nattering on or the choir singing or ritual sacramental action, it happens up front for all to see. People pray and sing and nod at one another, but worship isn't conducive to a full-on conversation about the Cubs or a theological debate over the sermon or comforting a friend during a particularly trying time.

"That's the purpose of coffee hour. It is the time when people gather to do what communities do: laugh, comfort, debate, chase children around, and share pictures of grandchildren. It's intergenerational in a world that lacks connection between the generations, it's face-to-face in a society that avoids contact beyond video screens; it breaks down barriers between people who have disparate worldviews, occupations, and concerns but share a common religious faith and identity.

"We joke about coffee being the eighth sacrament (or third if you're Protestant), but truth abounds. If a sacrament is an outward and visible sign of an inward and spiritual grace, coffee fits the description. It binds communities together in ways that books, even the most sacred books, sometimes fail to do, because coffee fosters relationship. And relationship — with the divine and one another — is the bedrock of a faith community." 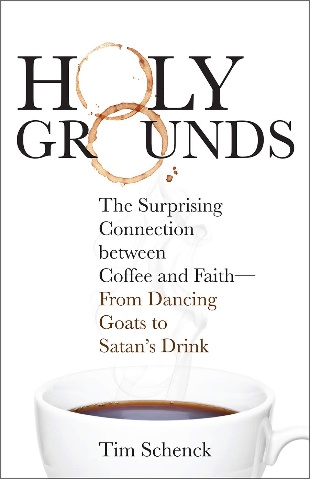